A number of the PGA Tour's biggest names played at the Seminole Pro-Am in Florida and the current FedEx Cup champion took home first prize. 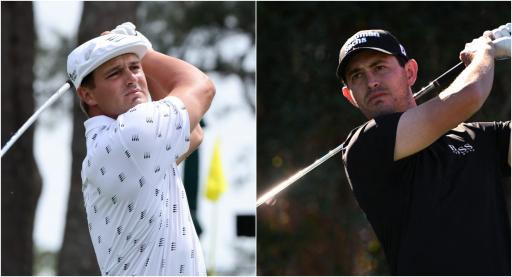 While many players were battling it out at the Honda Classic on the PGA Tour last week, the world's best players were preparing for the Seminole Member Pro-Am.

The famous event was held at Seminole Golf Club in Florida on Monday and it teamed up some of its lucky members with some of the biggest names in the sport.

US Ryder Cup teammates Dustin Johnson and Justin Thomas were in the same group which teed off after McIlroy and Fowler.

If you take away the Super Bowl rings and the fact that he’s teeing it up in the Pro-Member at Seminole, Tom Brady is just like us!

One of the best groups of the day contained Louis Oosthuizen who played with none other than American football legend Tom Brady, who seems to be enjoying his retirement.

Another highlight pairing was Bryson DeChambeau playing in the same group as PGA Tour personality and resident body-exposer Harry Higgs.

The Korda sisters from the LPGA Tour, Nelly and Jessica, played in the same group alongside members Mike Troy and Tom Cunningham.

The likes of Tommy Fleetwood, Ian Poulter and Sepp Straka, who won the Honda Classic at the weekend, also made up the field that contained more players ranked in the top 10 in the world than who played at PGA National last week.

The most impressive club match in golf went down today - the famed Seminole Pro-Member.

The excellent @kclairerogers gives us the winners:

The winners were FedEx Cup champion Patrick Cantlay and his partner Mark Flaherty with a score of 62. They played in the same group as World No.1 Jon Rahm and David Novak.

Seminole Golf Club was certainly blessed to have the cream of the golfing world participating. Imagine what it was like for those lucky members to be playing the stars of the PGA Tour.