After a two-year hiatus because of the COVID-19 pandemic, the Berkhamsted Trophy will return in a gender-neutral format. 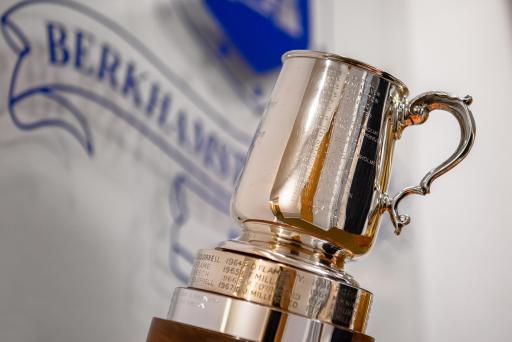 After a two-year pandemic hiatus – the first break in the tournament's 63-year history – the Berkhamsted Trophy will return in its new gender-neutral format.

It was a ground-breaking decision taken in January 2020 but postponed for two seasons as COVID-19 took its toll on sports events worldwide.

The three-day tournament, which became a 72-hole event in 2016 after almost six decades' play over 36 holes, is the prestigious traditional season-opener in the men's amateur game in the UK.

However, in 2022 female golfers will also compete for the trophy for the first time on Berkhamsted’s famously bunker-free heathland golf course.

The Berkhamsted Trophy, which runs from Thursday, 31 March to Saturday, 2 April, is eligible for World Amateur Golf Ranking points for both men and women.

Howard Craft, club manager at Berkhamsted Golf Club, said: "Even with the two-year delay, we believe that we are still the first elite adult men's amateur tournament in Great Britain, if not the world, to change its eligibility rules to allow both men and women to compete.

"The movement towards gender equality is far greater than golf, but hopefully we're helping in our own way by opening up the trophy like this."

The club sought advice from the R&A, England Golf, Tour golfer Alice Hewson and also GB&I Curtis Cup captain Elaine Ratcliffe as regards the setup of the golf course, including tee placement for female competitors so as to produce an even challenge for all players.

"This is something to be celebrated – the first full season of golf since 2019, starting with a historic men's event with the courage to change the rules," said Ratcliffe, who in June will take her 12-strong team GB&I Curtis Cup team to Pennsylvania, USA, to try and win back the trophy. "This is another flag in the sand, and it's important to open people's eyes."

"Berkhamsted is a phenomenal golf course, I love how it flows, and I am confident that it will thoroughly challenge male and female golfers equally when they arrive to play it in the springtime."

"The Berkhamsted Trophy was always the season-starter for me, and I adore the golf course" he said. "I am delighted that they have opened it up to female participation, and I expect it to be a big success. My own experience with the McEvoy Trophy at Copt Heath has convinced me that this is the right way to go now.”

Defending champion Joss Gosling, who won the 60th Berkhamsted Trophy in April 2019, said: "Golf is a game for everyone and I’m looking forward to defending my title against the best amateur golfers out there – regardless of gender."

Berkhamsted Golf Club became a signatory to the R&A's Women In Golf Charter in 2020, setting milestones towards its goal of attracting more women aged 35-54 to the golf club, as well as building its appeal to girl golfers following the success of Berkhamsted members Alice Hewson and Hannah Screen at international level.

The famously bunker-free Berkhamsted layout is rated by multiple assessors as being among England's Top 100 golf courses. It is laid out on common land in Hertfordshire’s largest expanse of natural gorse and heather, with over five miles of bridleways and pathways running throughout the golf course and its huge 560-acre estate, full of natural beauty.

Online entries are now open for the 61st Berkhamsted Trophy.