This college golfer thought there was no penalty for this infraction. It turns out she was very wrong. 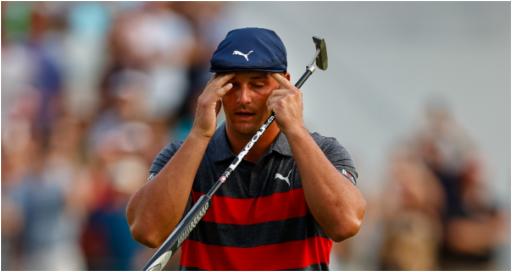 For collegiate golfers, the NCAA Division 1 Golf Championships are seen as the pinnacle of competition.

More: PGA Tour pro is using a 10 and an 11-iron at Charles Schwab Challenge

Even Tiger Woods watches it and later paid tribute to the champions whilst presumably resting his battle-worn body after the US PGA.

Some of the game's brightest stars including Justin Thomas and Jordan Spieth have participated in the championships.

Footage emerged yesterday of an incredible shot Spieth hit whilst playing against Thomas in this very tournament back in 2012.

To this day, Spieth's caddie Michael Greller will chide Thomas about the shot.

This year, the favourites - Stanford - won the championship after defeating Oregon in the final.

It all came down to the final match between the current world amateur number one - Rose Zhang - and her opponent Sofie Kibsgaard Nielsen.

Zhang had a 2UP lead heading down the 17th hole.

Both players hit their tee shots into the rough and the pressure was firmly on Nielsen to produce.

Yet moments later viewers on Golf Channel realised that there was in fact a rules issue unfolding.

Nielsen accidentally ran over Zhang's golf ball with her push cart. In the moment, they replaced the ball as well as they could.

But the Rules of Golf changed in 2019 making this a penalty in matchplay. There is no penalty in strokeplay. Brutal.

That was that and Zhang held on for the win.

During the moment, broadcaster Paige Mackenzie said: "I've never seen anything like that before.

"The mistake off the tee, hitting it into the rough, maybe fell asleep at the wheel.

"It's one of those where you wonder if maybe mental fatigue was a part of it.

"[She was] not paying attention to where Rose's ball ended up.

Congrats to Coach Anne and the rest of the Cardinal on a dominant year and another National Championship! #NerdNation https://t.co/d9rJw8xqQl

Next page: Spieth argues with his caddie then his incredible recovery shot