Final day tickets to the 2019 Open are already sold out

No Open has ever sold out all four days - but Portrush could come close. 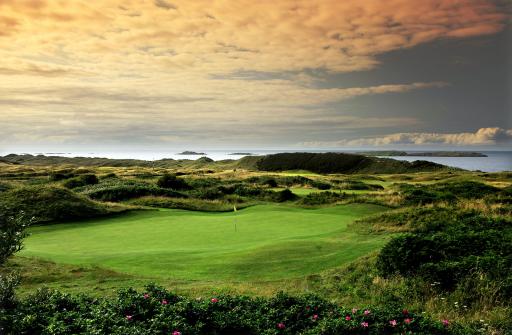 Final day tickets for the 2019 Open at Portrush have already sold out, as have weekly and weekend bundle tickets.

Golf’s oldest major returns to Northern Ireland for the first time since 1951 on 18-21 July, after a thrilling event this year enjoying record ticket sales.

With huge crowds expected – a sell-out would equate to 190,000 fans and some £80m to the local economy – organisers have decided to have the competition as an all-ticket event, a first for the Open.

No Open has ever sold out all three tournament days, but it appears next year's incarnation could come close.

Tickets remain for the first three days at Portrush and practice days.

The Open
Portrush
2019
Previous
Wentworth stuck in financial hole as losses double to £13 million
Next
WIN! a 'Day In The Life Experience' with Chris Wood

The Open Championship
Greg Norman reacts to Open snub after penning letter to R&A
PGA Tour
Collin Morikawa on SGL: "Do I care who's going to be making money? No"
The Open Championship
Greg Norman confirms he wants to play 150th Open at St Andrews
Golf news
Paige Spiranac on seeing one of "whiney" Jordan Spieth's worst shots ever
PGA Tour
Kuch on Erik van Rooyen: "He's got nice ankles, I see those every week!"