Finau to round out US Ryder Cup team? Furyk says 'there's a few guys'

Jim Furyk explains what he will be looking for at the BMW Championship before making his final pick on Monday. 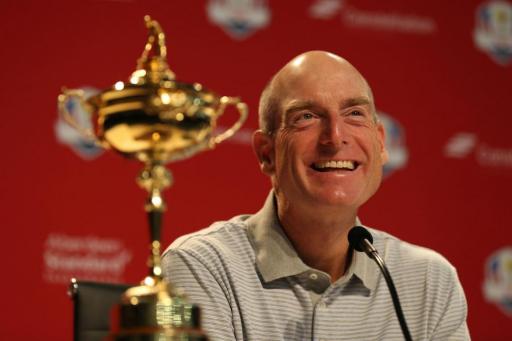 Tony Finau might be the odds-on favourite to capture Jim Furyk's final US Ryder Cup wildcard pick next Monday morning, but the captain has made it clear there are a "few guys" on his list at this week's BMW Championship.

Furyk is down to his 12th man after he revealed Tiger Woods, Phil Mickelson and Bryson DeChambeau as his first three wildcard picks on Tuesday evening.

This week’s BMW Championship marks the final chance for players to audition for a spot on Furyk’s US team to face Thomas Bjorn's European side at Le Golf National from September 28 to 30.

Finau is the name at the top of many people's list right now, but Furyk admits he has spoken to “at least” everyone through 15th on the points list, which suggests both Xander Schauffele and Kevin Kisner are also in the running for the final pick.

Matt Kuchar's chances appear to have fallen after Furyk named him as a vice-captain on Tuesday.

Furyk was asked how much emphasis he’ll place on this week’s performance at Aronimink.

“I think it depends on the person and the situation,” he said.

“I’m still going to go back to the same thing I’ve said all year: I’m looking at a full body of work. I’m looking at the full year and I’m looking at who’s playing well presently. You can’t really be in this position and have a bad year – you wouldn’t be on my list.

“But there’s definitely a few guys that have separated themselves from the pack, for a couple of different reasons.”