Florida woman hits TWO HOLE-IN-ONES in the same round!

Liz Bickerton is 74 and prior to her round at Cedar Hammock in Florida, she had never had a hole-in-one. 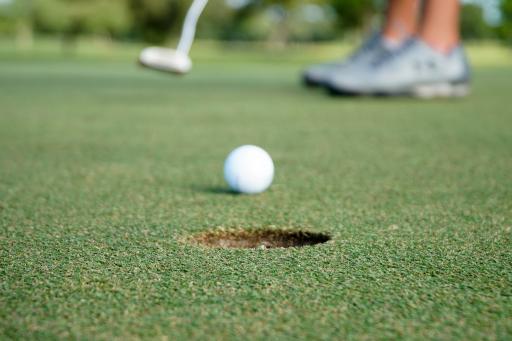 Some people can go through their entire life playing golf and not get a hole-in-one, not even come close. I am sad to say that so far, I am one of these people.

But I remain hopeful much like Liz Bickerton, a lady golfer from Florida, who had the privilege of making not one ace, but two aces in the same round.

Liz is a member of the Eagle Creek Golf and Country Club in Florida, but she was playing at Cedar Hammock as part of a reciprocal arrangement.

Liz, along with her friends Sue Anthony, Adele Reynolds and Cynthia Torokvei, reached the 14th hole which was their fifth hole of the day.

She pulled a 7-iron from her bag on this 80-yard hole. She fired her ball on to the green and as it rolled into the hole, the whole group rejoiced.

"I don’t hit a long ball, but I’m always straight. This is kind of in my wheelhouse - We all kind of jumped around," Liz said.

In her excitement, Liz called her husband who had just one response: "You did not!" But this was not the end of the drama, only the beginning.

The group reached the par-3 4th hole, their 13th hole of the day. It was 88 yards long and this time, Liz pulled out her trusty 11-wood.

She replaced her ball, just in case she lost her hole-in-one ball and she hit her tee shot over the water and it rolled on to the green.

It dropped in the hole and Liz rang her husband to tell him that incredibly, she had made a second hole-in-one. This ironically matched his career tally of hole-in-ones.

Liz has joined a very exclusive club of golfers who have had two hole-in-ones in one round. She will look forward to her next round at Cedar Hammock.

NEXT PAGE: THE OPEN SHOP UNVEILS MAJOR OFFERS AHEAD OF BLACK FRIDAY