Logjam atop the leaderboard on day one of PGA Tour event... 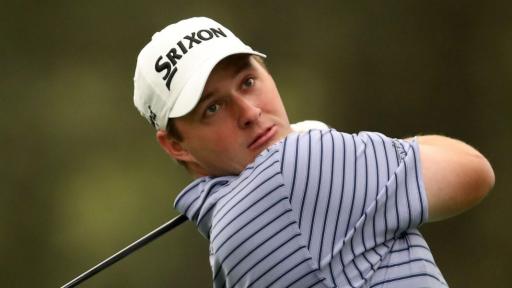 Tyler McCumber, Sepp Straka, Hudson Swafford and Scott Harrington share the lead after day one of the Corales Puntacana Resort and Club Championship on a day of low scoring in the Caribbean where nearly two-thirds of the field broke par.

The quartet find themselves one stroke clear of Xinjun Zhang and Joseph Bramlett, with a host of players a further shot behind including Kyle Stanley and Ricky Barnes.

"This course is not really one where you can push it," said day-one leader Straka. "You can shoot a low round out here, but it’s got to be a consistent low round."

Belgium's Thomas Detry got off to a solid start in his bid for a maiden individual success at 4-under par alongside one of the tournament favourites Mackenzie Hughes and Kelly Kraft - the latter who made a walk-off hole-in-one on the 9th just two holes after having made an eagle-three on the par-5 7th.

A 4-way tie at the top.
Spectacular views.
A walk-off ace.

This week was due to be the 2020 Ryder Cup at Whistling Straits but the biennial event has been pushed back to 2021 due to the coronavirus pandemic.

There had been initial talk about letting United States and Europe still lock horns, but it was decided that a Ryder Cup without fans would not be a Ryder Cup at all.