GIANT CRAB clashes with golfers and then SNAPS CLUB IN HALF!

Crazy story emerges as a crab snaps a golf club in half out on the course in Australia. 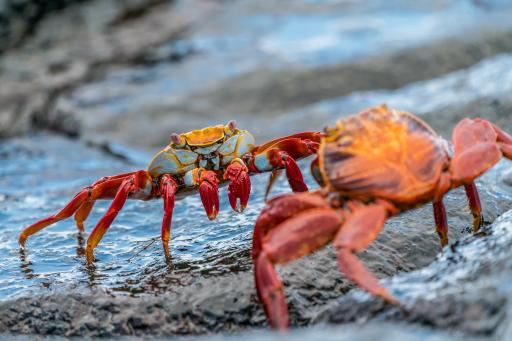 An incredible video has emerged on social media of a giant crab intruding a game of golf and then snapping a player's club in half.

Footage emerged on 9News Australia on Twitter earlier today of a robber crap making its way onto the top of a golf bag on Christmas Island, 1500km west of the Australian mainland.

WATCH: LADY GOLFER HAS A SHOCKER ON THE RANGE AND THEN COMES UP WITH A NEW STRATEGY

Golfer Paul Buhner, who filmed the video out on the course, said his group had just finished the 6th hole before they clashed with the crab.

"And that's why we call them a robber crab," says Paul in the video. "We have not put this here, this has climbed up here while we've been putting out."

He then added: "Oh no, he's broken it, he's just chewed through that like a chainsaw."

WATCH THE INCREDIBLE VIDEO BELOW

How's this for a handicap

A group of golfers on Christmas Island have clashed with a GIANT 'robber' crab. Footage from the course shows the crab hanging onto a golf bag before it snaps a club in half. #9News pic.twitter.com/Zr08iX50he

"That's outrageous, imagine if that was a brand new shaft?!" said one golfer.

"I would be terrified," said another.

"He would be dinner if he snapped my new shaft," said a third.

Robber crabs are also known as coconute crabs and they are found in most parts of Christmas Island.

They can weigh up to 4kg and measure one metre wide.

NEXT PAGE: POOR GOLFER HAS AN ABSOLUTE MARE ON THE EDGE OF THE BUNKER