Alex from GolfMagic took the brand new TaylorMade Stealth and Stealth Plus drivers to Kings Golf Studio to test their performances. 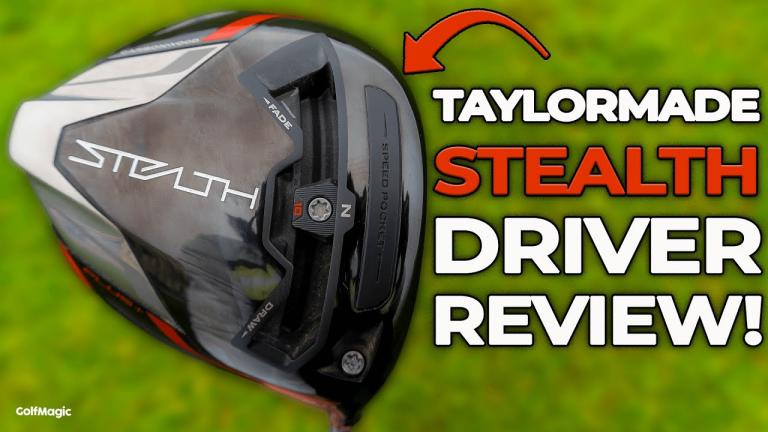 - The TaylorMade Stealth line produces fantastic ball speeds and consistent dispersion. The carbon face also makes the clubhead lighter.
- The prices of each driver may be too much for some people's budget.
Our score:
Overall:
5
PRICE: £499.00 YEAR: from 2022

When Tiger Woods was seen hitting balls with the new TaylorMade driver for 2022, many rumours circulated as to what the new club brought to the 15-time major champion's bag.

The TaylorMade Stealth, Stealth Plus and Stealth HD make up the new three-way family and they come with a dark black head and a unique red clubface.

The face is made of 60 layers of carbon which is different to any club we have seen. The Stealth line has been in the making for 20 years.

Carbon is lighter than a titanium face and it allows for a more efficient energy transfer. This brings a trampoline effect off the clubface.

A carbon face can bring issues when it is used in different weather conditions, but nano-tetxure has been used to combat these inconsistencies.

The nano-texture in the clubface means that the TaylorMade Stealth drivers can perform in all conditions. The lighter face also helps to produce higher ball speeds.

As Alex shows first with the TaylorMade Stealth Plus (£499), the connection feels springy off the clubface, but it also has a metallic feel.

The Stealth Plus is low spin and produces great distances off the tee and even better ball speeds. Alex was particularly stunned at the latter.

The Stealth driver is certainly aimed at amateur players with its high MOI and non-adjustable weight racking.

Alex found that his dispersion and accuracy was improved with the TaylorMade Stealth driver (£469), but the spin rate and launch angle also increased too.

The ball speed remained extremely impressive which signifies that this TaylorMade Stealth family has qualities that please golfers of all abilities.