Former Strictly Come Dancing star James Jordan called out a golf club for not offering his terminally-ill father a full refund on his membership. 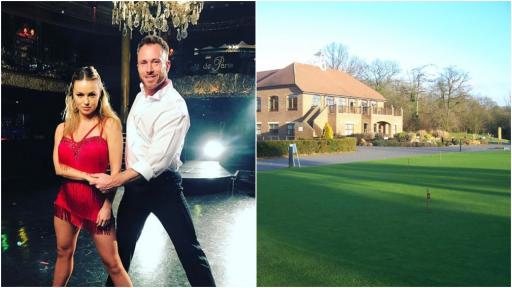 Bearsted Golf Club has made a U-turn on its decision to not offer a terminally-ill man a full refund on his club membership after they were named and shamed by former Strictly Come Dancing star James Jordan.

Jordan took to Twitter to shame the Kent-based golf club who were refusing to refund the dancer's father, Allan, who earlier this year was diagnosed with a stage-four brain tumour and told he may have only a year to live.

MASTERS NEWS: How much Dustin Johnson and every other player won at The Masters

Allan and his wife Sharon, James Jordan's mum, who are both 68, had recently paid their annual membership fees of £2,500 before Allan was diagnosed.

Speaking to KentOnline, Jordan, who recently left Strictly Come Dancing before going on to win Dancing On Ice in 2019, said: "Now he can't play, my mum politely asked for part of their unused subscriptions to be returned. But the club has refused, citing rule number 17 which states no members can get their money back. Their emailed replies have been cold and insensitive.

"This has really upset and disappointed both my dad and me, but especially my mum. How can they justify keeping such a large amount of money when they know full well my dad can't play any more?"

Jordan shared the KentOnline's original story on Twitter to his 272,000 followers and hundreds of people replied, slamming the golf club for its lack of morality to a family who have been members for many years and always shown their support.

After an onslaught of tweets about Bearsted Golf Club, Steve Williams, the club's chairman, made a statement over the weekend revealing that Allan would now receive a full refund.

"I have today written to Mrs Jordan confirming that we have taken the decision to offer her and her husband a full refund for the year 2020/21," he said.

"At the same time we have said, on behalf of the club, how desperately sorry we are for the distress and anxiety she and her family must be suffering as a result of Allan’s diagnosis.

"Three generations of the family have been members of the club and they will be missed by many."

Jordan responded on Twitter shortly after, thanking the chairman for making the effort to contact his mother, but said he hopes the general manager of the golf club received "a good talking to".

I hope they have learned from their lack of compassion & the GM gets a good talking too
A shame it got to the point I had to speak out. Others don’t have the same platform I do.
The chairman spoke to my mum this evening and was extremely nice and empathetic. I thank you for that. https://t.co/KNHLlN4Czt