Some golf fans don't believe Tiger Woods after an old video resurfaced revealing his workout routine when he was a 24-year-old. 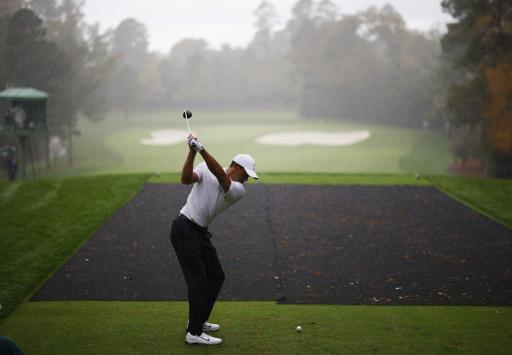 A video of Tiger Woods revealing his workout routine when he was a 24-year-old on the PGA Tour has sparked a debate between golf fans, with some simply not believing him and others applauding him for his work ethic.

When Woods burst on to the PGA Tour scene, he quickly became one of the longest hitters on tour, due to his athletic swing speed that other players simply didn't possess.

Woods has been critical of his navy-style workouts from the past, as he believes the amount of running he did in his early twenties is what caused multiple knee problems in his later years.

RELATED: The Masters: The stat that could prove Tiger Woods is destined to win this week!

While Woods prepares to defend his Masters title at Augusta this week, the PGA Tour released an old press conference video of Woods explaining what he did to workout as a 24-year-old. Watch the video below to hear his old routine:

Woods explains how his daily routine consisted of waking up for a four-mile jog, before going to the gym to lift weights, followed by two to three hours of range practice, play some holes, return to work on his short game, run another four miles and then play basketball or tennis if the option was there.

RELATED: Tiger Woods "expects to contend" at Augusta as he defends Masters title

The 15-time major champion then cracks a smile and jokes at the end of the video, saying "I'm not doing any of that now."

The reaction from golf fans was mixed, so check out some of the responses below.

I love it when someone who doesn't watch golf says that golfists are not real athletes. Silly, silly people

This is why golf is amazing. You have the tigers but then you have the Dalys ripping cigs, eating McDonald's, slamming diet cokes