Golf rules: Can I play holes out of order if I'm stuck behind dawdlers?

If you're stuck behind a slow group can you go ahead and then circle back to complete your round. This is what the golf rules say. 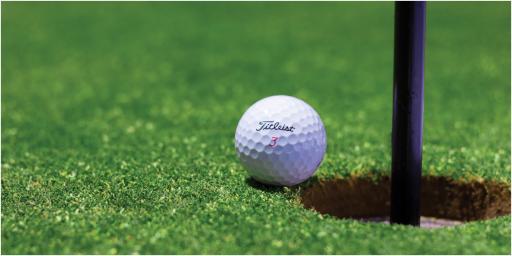 This week in the United Kingdom, especially in the south, we have been hit with some nicer weather.

Clear skies and a bit of sun have dried out our courses. Our days are getting much longer, which means summer golf is on the way.

More importantly, that means twilight golf is on the way. I don't know about you, but that's probably my favourite time to play golf.

It's a great way to relax. To de-stress. It also means the course is always a lot clearer after the heavier footfall in the morning.

That being said, it's not that it's empty. And if you're playing as a one-ball there's a chance you could get stuck behind a few groups.

There are a few stuffy people out there who believe a one ball has no status on a golf course.

How often do you see players purposefully breaking the rules at your golf club? pic.twitter.com/LlFwayOVKQ

Which is fair enough. Usually if I'm held up I might hang back on the green to practise a few putts to give them more space.

Or I'll simply jump about and play a few different holes. I don't really care, I just want to play.

But I thought of an interesting question: what if this was in a competition, and I was playing with part of a group stuck behind a slow group.

There are competitions where you can roll up in the summer. And being stuck behind a group when you want a pint is infuriating.

Would we be able to play holes out of order? Could we skip ahead and circle back? Could we cut across?

Well, the answer to those questions is: no.

In stroke play, you would be disqualified under Rule 6.1(b) providing you don't correct your mistake.

In match play, you also would be disqualified under Rule 1.3b(1).

There is an exception, and that would be if you didn't know about the rule and then went back.