This flop shot is so good it's got people questioning whether it's real or fake... 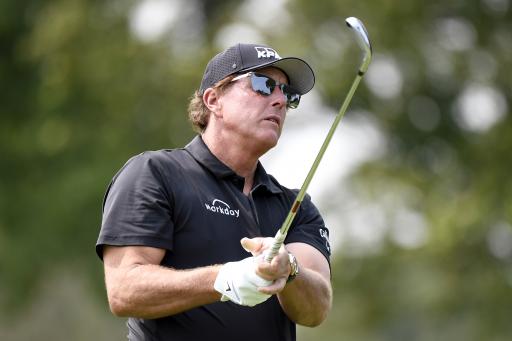 Phil Mickelson is undoubtedly one of - if not the - greatest short game players to every grace the game of golf. With a wedge in hand, the man can do it all, but now he's been called out after this golfer put a video on social media of one of the craziest flop shots you'll ever see.

PGA professional Russell Grove is always posting golf-related videos onto his Instagram account (@russellgrove777) and recently a flop shot video went viral and was even reposted on the Golf Gods page, which boasts over half a million followers.

Watch the epic flop shot in the video below:

Now of course, a flop shot of this magnitude has its doubters and people were quick to flood the comments to question the authenticity of the video, with some claiming that it looks like the ball is on a tee making it less impressive (I still think it's pretty cool either way).

Legendary tennis player Rafael Nadal shows off UNORTHODOX golf swing!
Are you allowed FREE RELIEF if your ball has landed in thick mud?

"Bro i get it’s cool but that ain’t possible with a real ball we all know that," said one sceptic in the comments.

Some watched the video and saw the funny side, relating it to their own game: "This is me trying to hit it under some trees in the rough."

"I’ve seen people do that with driver and they weren’t even trying."

If the flop shot is something that you're yet to get the hang of, PGA Professional Paul Babbage from Farleigh Golf Club might be able to help. Watch the instruction video below and you'll be playing the flop shot like Mickelson in no time.