Golfer DQ'd from US Amateur as caddie uses slope function of DMD! 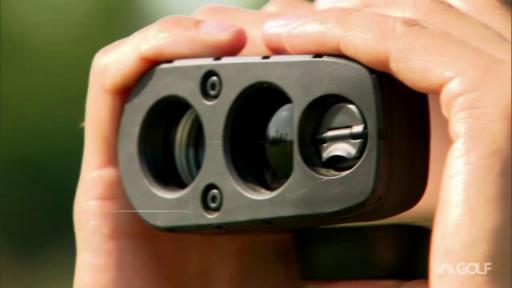 American golfer Chris Crawford was all set to make to the cut in his fifth US Amateur start on Tuesday. That was until his caddie used a slope function on his distance measuring device, a violation of Rule 14-3.

Crawford alerted a rules official of his caddie's mistake on the 11th, which would have normally resulted in a penalty of two strokes. But once it was discovered that his caddie had used the function multiple times during the round, Crawford was disqualified.

At 1-over for the tournament and 2-under through 11 holes of his second round, Crawford was well on track to make the match play portion of the US Amateur with the cut eventually falling at 4-over.

"I was a little flustered and knew something was wrong," Crawford told ESPN's Bob Harig.

"I asked my caddie what the deal was with his range finder. When he said it had a slope adjustment, I knew instantly that I had to disqualify myself.

"I notified the walking scorer in my group, and after getting in touch with a rules official I learned it would have been a two-shot penalty if I had used it just once, but the second time is a disqualification. I have my own range finder and I know the rule, but I didn't think his would have that.

"I didn’t gain an advantage, but I know the Rules. I knew what the rule was and I didn’t have a choice."

US Amateur
caddie
chris crawford
distance measuring device
golfer disqualified from caddie mistake
Previous
How Many Of These TaylorMade Golf Clubs Have You Owned?
Next
Dramatic video footage of fight breaks out on South African golf course

Golf news
WATCH: Is THIS the birdie of the entire season at Pebble Beach?!
Golf news
Brutal rules infraction ends leading youngster's chances at US Amateur