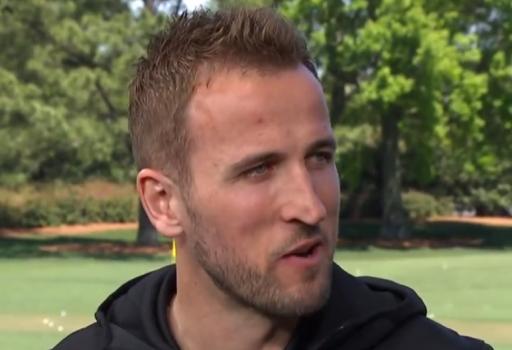 Icons Series, a new concept in sporting entertainment, will stage its debut US event at the prestigious Liberty National Golf Club in Jersey City, New Jersey, from June 30-July 1 - and it will include Spurs and England striker Harry Kane.

Bringing together the world’s most iconic athletes across multiple sports, the exhilarating competition will feature a 9-hole team match-play tournament format, unprecedented access for a global audience and showcase sporting stars like never before.

Captained by golf superstars Fred Couples and Ernie Els, Team USA will battle Team Rest of the World for bragging rights and the Icons Series trophy, with 14 icons per team.

Spurs striker Harry Kane and Manchester City manager Pep Guardiola have confirmed they will be joining Els' Rest of the World side.

Related: What is Harry Kane doing at The Masters?!

Fred Couples said: “I love match-play golf and I’m looking forward to leading Team USA at Liberty National in June. The pedigree of the athletes in my team speaks for itself and what could be better than to win at the place of our Presidents Cup victory in 2017. It promises to be a phenomenal tournament and we’re excited to compete against Ernie’s team of international icons.”

Erne Els commented: “It’s always great to see innovations that bring new audiences to golf and the Icons Series does exactly that. I’m excited to be a part of it and really looking forward to leading a team of globally revered icons of sport to compete against my old friend Freddie Couples and his USA team of All Stars and Hall of Famers.

“It promises to be a fantastic tournament and we couldn’t really wish for a better venue. Liberty National is a wonderful golf course with views of the financial district and the rest of Manhattan; it’s such a unique venue and the energy that comes out of that place is just incredible. The guys are going to love it. Knowing how competitive my team is, we’re pretty confident we can come out on top in their own back yard.”

Fred Couples (C) – Former world No. 1 and winner of 64 professional tournaments, including the Masters in 1992 and the Players Championship in 1984 and 1996

Michael Phelps – Most decorated Olympian ever with 28 total swimming medals, including 23 gold

Team Rest of the World

Ernie Els (C) – One of six golfers to twice win both the U.S. Open and The Open Championship

Both Team USA and Team Rest of the World will announce additional Icons to the event lineup in the coming weeks.

Icons Series CEO, Thomas Brookes, said: “We’re thrilled to launch the Icons Series in America with a Mount Rushmore of the world’s best athletes, all incredible golfers and fierce competitors. There’s no better global stage than Liberty National and that stage is now set to welcome the most iconic athletes of all time for what will be an incredible spectacle.”

Liberty National Golf Club GM, Lee Smith, said: “Icons Series and Liberty National are a perfect match. Having hosted the Presidents Cup, we know first hand the power of this format and the transcendent fan experience it brings.”

The event will be broadcast live globally and details of broadcasters will be released soon.

Tickets are available via icons-series.com starting at £55, creating a fan-centric experience that transcends golf and celebrates the unifying power, rivalry and patriotism of sports.