Harry Styles has reportedly got the golf bug like his fomer One Direction bandmate Niall Horan and has joined a swanky club. 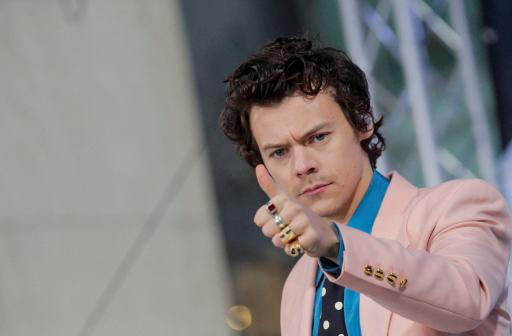 Harry Styles is reportedly getting the golf bug like his former One Direction bandmate Niall Horan.

The singer, 28, is said to have joined Highgate Golf Club in North London.

According to The Sun, he has been relaxing at the £5,000 a year golf club in between tour dates.

Styles, who is known for dressing flamboyantly, is reportedly sticking to the dress code.

It is estimated that the Watermelon Sugar singer has an approximate fortune of $100million.

A source told the publication: “Harry has been spotted at the club several times and is enjoying practising in his down time.

"The venue has quite a strict, smart dress code, which he always adheres to.

"He seems quite keen on mastering the sport and looks like he is taking it pretty seriously.”

His former bandmate Horan, also 28, is currently in Ireland getting ready to play the JP McManus Pro-Am at Adare Manor.

In a star-studded field, 14 of the world’s top 15 golfers are scheduled to play.

Tiger Woods decided to arrive in style by helicopter for the tune-up event before the landmark 150th Open at St. Andrews.

It is not known what handicap Styles currently plays off, but Horan is an accomplished player in his own right.

He plays off nine and owns Modest! Golf which manages a group of players and runs tournaments.