DP World Tour pro on LIV Golf: I was wrong about Ian Poulter 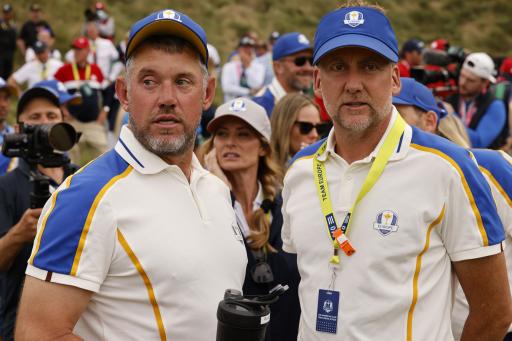 DP World Tour player Mike Lorenzo-Vera does not mince his words when it comes to LIV Golf.

When the Saudi-backed mega money series was initially announced, the Frenchman absolutely tore into those players who were thinking of jumping ship.

“WTF is going on in some player’s head???” he posted on his Twitter page, where he also describes himself in his bio as “not politically correct”.

“Not enough on the @PGATOUR? Not well organized? Bad schedule? Bad courses? Bad crowd?” he added. He also went as far as saying that those LIV Golf defectors were “ungrateful”.

Still, since then you can only assume that his feelings have hardened. Even Padraig Harrington when asked last week admitted that some DP World Tour pros do not think the sanctions are harsh enough.

But like Lorenzo-Vera, the 50-year-old Irishman had one message. You were warned that there would be severe sanctions. You have made your bed, so now you sleep in it.

It appears that we are now at the beginning of what promises to be a lengthy court battle. There are reports that 16 of the sanctioned players are now asking for an emergency court order so that they can play the forthcoming Genesis Scottish Open.

And it also seems that Patrick Reed, who has honorary life membership on the DP World Tour, is also being barred from participating at The Renaissance Club.

In the midst of all this, Lorenzo-Vera decided to host a Twitter Q&A where his followers can ask anything they’d wanted in regards to LIV Golf.

Paul Casey joining up? Not a surprise. According to Lorenzo-Vera, the general consensus is from DP World Tour players who have stayed is that they are “so disappointed in them”.

Well, they are reportedly dubbed the “Sour 16”, although Lee Westwood would prefer a different nickname.

How will you react if you get put in a group with 2 liv players?

I’ll be polite and play my round. But they should not expect any friendship from me

A lot of these guys are ET legends, have you lost all respect?

Unfortunately yes. Even if I still dream to have a quarter of their carrier.

How did the players react to Fisher, Bekker and Larrazabal this week in Ireland?

We didn’t really speak about it. They only played the first one. Looks like the sanctions will be for next week

What do you think of Paul Casey jumping ship

Who is gonna be the first to regret their choice and wanna come back to either tour?

Some non superstar. For sure.

Why is LIV worse than the tour? Saudi money are as dirty as DP money. Why you are hating it so much, PGA Tour has been established for the same reason as LIV…

They are trying to take us down. And I try to protect an organization that helped me have a fantastic living for the last 15 years.

What do you think of the sanctions applied so far & would you have done less or more?

I would have done more. But they’ve done what was allowed to do in the books. No emotions (like me)

What is the general feeling amongst the DP tour players about the rebels?

We are so disappointed in them.

What’s your opinion about the players in their 40’s taking a big pay off, I personally can understand that decision

Oh yes , me too. But in that case , just stay there. Just don’t come back. They play for someone that try to take the DP World tour down. I believe their not welcome back

Do you think Euro Tour has missed an opportunity not doing something with LIV (player release etc) and ensuring bigger names at Euro Tour events rather than backing PGA Tour?

Do you ever see a situation whereby all the tours figure it out, co-exist and all tbe players are available for PGA, DPWT and LIV?

No chance this happens. LIV wants us down. We’ll fight back

Have you talked to any of them since they went?

How will it change the atmosphere around the putting green / range at a tournament. Justin Thomas described on @NoLayingUp how it’s “them” and “us” and how he doesn’t plan to make the normal effort to say hi

I love JT way of seeing it

What do you think about a potential lawsuit from the likes of Westwood and Poulter and How much they care about the DP Tour ?

I think it show how much they think only about themselves.

Sad thing is Mike we were all big fans of these guys grew up supporting them in the Ryder cup kaymer in 2012…. Means nothing now

Do you think Augusta will let them play?

I have no idea to be honest. I hope that Augusta will have a strong response.

If LIV flops should they be allowed back?

Very good question. I don’t think they should

Which player has surprised you the most by going to LIV?

Poulter to be honest. I thought he loved more the European Team than the money. I was wrong.

Do you think they'll be / should be excluded from majors?

Yes I do… I believe that they chose money over competition. Than why majors ?

Were you contacted? Would you have given it a thought if offered 1-5 €million? (honestly)

No I’ve never been in contact. Honnesty money is one thing , but my dream is the tour. So I’ll never go !!!

Do you think they should be excluded from the Ryder Cup?