Golfers in BUST-UP with dog walker at UK golf club 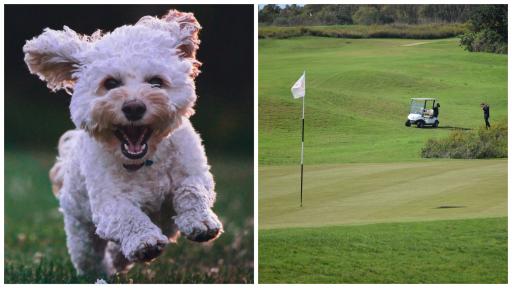 A number of Scottish golfers are said to have been coming more and more into conflict with post-lockdown runners and ramblers, according to a report in The Times.

The publication has identified several incidents at golf clubs in the country where disputes are happening as a result of people either failing to clear up after their pets on the course, or joggers simply not leaving the fairway when golfers are about to hit their tee shots.

One notable incident unfolded at a golf club in Renfrewshire recently where a dog walker was left injured following an argument with a group of golfers.

Two men were reportedly charged as a result.

There was also an altercation at Bothwell Castle Golf Club in Lanarkshire, too, where "words were exchanged between golfers and walkers, both out of frustrtion with the other," according to the club.

A new sign, which was agreed with South Lanarkshire council, has gone up at the golf club confirming that "members and guests only" are permitted on the course.

The club says that the coronavirus pandemic had a " major impact" on people walking on the land, and the decision to limit access to simply golfers is "down to safety" reasons.

"Golfers do not hit the ball straight all the time — even the best professionals — and a ball at 100mph can inflict serious damage," the club told The Times.

"Also a number of walkers [and] joggers wear earphones and so the traditional shout of ‘fore’ as a warning of a ball heading their way is almost redundant."

Walkers and joggers are permitted access to the golf course under the Land Reform Act 2003, but only providing they do not interrupt play.

Ramblers Scotland, a walking charity working to protect and expand the places people love to walk and promote walking for health and pleasure, has encouraged people to keep off the greens at all times.

Brendan Paddy, director of Ramblers Scotland, told The Times: "While many courses supported an increase in responsible access during lockdowns, we have since seen more informal access points being blocked and more signs designed to discourage walkers."

He added: "Health and safety doesn’t ‘trump’ access rights but the two need to work together to reduce risks . . . without unduly blocking access."

The Old Course at St Andrews, home of the 150th Open Championship next week, does allow access for ramblers but not during the staging of the final major of the season, which sees the likes of Rory McIlroy and Tiger Woods in action.

Next Page: DP World Tour pro says he was wrong about Ian Poulter after his LIV Golf decision