How often do you change your putter? Golfers give CLEAR MAJORITY response

At the end of 2021, we asked our readers about the number of times they have changed their putter and there was one overriding trend... 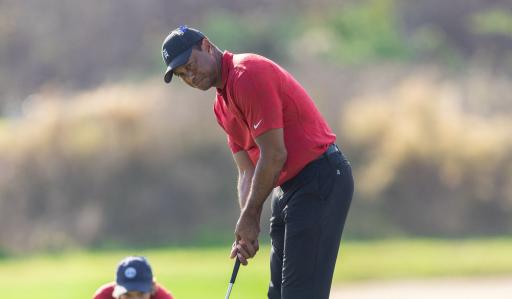 Your putter is arguably the most important club in your bag. You can play the perfect round from tee to green but still shoot a bad score if your short stick is not firing.

On the whole, technology and intelligence do not apply to the design of putters in the same way that it does in drivers, fairway woods and irons.

At the end of the day, there is no distance or shot shaping element to putting. You are simply trying to roll the ball in the hole in as few attempts as possible.

There is no doubt that feel is the most vital part of your short game. You need to judge the distance and assess how much power you need to apply to the ball.

RELATED: WATCH: POOR GOLFER HAS AN ABSOLUTE MARE ON THE EDGE OF THE BUNKER

When we asked our readers about how often they change their putters, there was one overriding point of view: if you are putting badly, it is rarely the putter's fault. With a driver or with an iron, the advanced technology can substantially improve your general play.

However, there is only so much the design of a putter can do to help your understanding of how hard or soft to hit your ball on the green.

"It's not the putter (club) that needs changing, but the putter," one reader said.

"Never, it works and when it doesn't it's my fault," another golfer commented.

"Never, if I putt badly it's my fault, not my putter," one reader wrote.

Another trend we noticed in the comments to our question was the sentimental connection that people have with their putters. It really is a club like no other.

As you grow and become a better golfer, new irons or a new driver may be needed to suit your evolving swing, but your putting stroke will rarely change. So why should your putter?

With the comments I have placed above, there is very little self-pity in the words of many golfers. If you struggle with putting, it is likely due to your lack of feel. So once again, why change your putter?

This key observation found that many golfers have stuck with one putter for a number of years. For golfers approaching an older age, we found that many of them have had a low amount of putters over their careers. This outlines the sentimental connection between a player and their putters too.

RELATED: GOLF BETTING TIPS: PATRICK REED TO KICK OFF 2022 WITH A WIN AT KAPALUA?

"Had my Scotty Cameron for 10 years and still love it," another fan said.

new putter
Scotty Cameron
golf fans
fans react
facebook comments
Previous
WATCH: How has this golfer made contact with the ball?! THIS IS MADNESS
Next
Tiger Woods' daily practice schedule is ridiculous and PROVES how hard he works