Golf Betting Tips: Patrick Reed to kick off 2022 with a win at Kapalua?

The PGA Tour is back and Andy and Matt from GolfMagic have four solid selections this week for the Sentry Tournament of Champions. 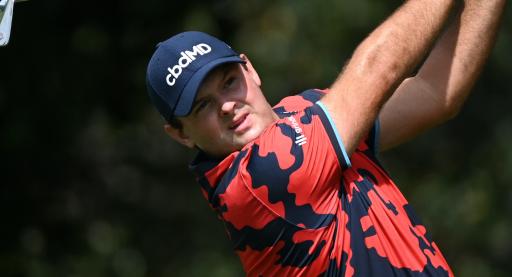 The Sentry Tournament of Champions provides a spectacular and scenic start to the PGA Tour in 2022 at the Kapalua Resort in Hawaii.

Since 1999, the tournament has been held at the Plantation Course in this stunning part of America and it was won last year by Harris English, who went on to have the best season of his career.

Players such as Tiger Woods, Phil Mickelson and Dustin Johnson have all won this tournament on multiple occasions while Stuart Appleby won it three times in a row between 2004 and 2006.

Mickelson is set to tee it up at the event for the first time in 21 years and 38 of the 39 PGA Tour winners from 2021 are set to compete.

Here are GolfMagic's selections below:

Xander Schauffele won this tournament in 2019 and this was his last win on the PGA Tour. The World No. 6 is eligible to play due to his victory at the Olympic Games in the summer.

Schauffele also finished second in 2020 so he clearly enjoys playing at Kapalua. He was ranked fifth in total strokes gained on tour last season, as well as being ranked in the top 20 in strokes gained from tee to green, putting and approaching the green.

Patrick Reed played in 23 events on the PGA Tour in 2021 and missed the cut just once. He added a ninth career victory at the Farmers Insurance Open at this point in the season last year.

The 31-year-old won the Sentry Tournament of Champions in 2015 and has come second twice since. Much like Schauffele, he clearly excels at Kapalua.

What more is there to say about Collin Morikawa. He won The Open Championship on debut back in July and he also won the Workday Championship at The Concession in 2021.

The 24-year-old is capable of winning any tournament and although he hasn't come in the frame before at the Plantation Course, his incredibly consistent iron play should stand him in good stead for this week.

Patrick Cantlay was arguably the best player on the PGA Tour last season. He won four times including the Tour Championship and the BMW Championship.

He was ranked third in strokes gained from tee to green in 2021, which is just the quality you want from a player in the betting this week. The World No. 4 could still move on to bigger and better things in 2022.