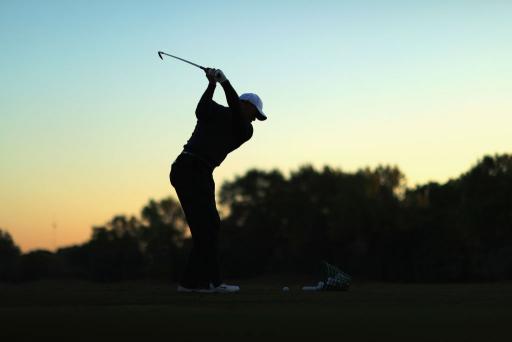 A private golf lesson with Tiger Woods was auctioned off for $210,000, with the proceeds going to Hurricane Harvey relief in Houston.

Local boy and PGA Tour pro Chris Stroud set up an auction in order to aid his hometown – host of the Houston Open this week – and there were a number of items on the list…but one stood out from the rest.

He also held a Hurricane Harvey Relief Pro-Am in December, staged at Bluejack National - the first Woods design in the US.

While Woods was coming back from injury, rendering him unable to play, he did offer up the lesson at the course.

“We tried to get Tiger on the phone for 10 minutes,” Stroud said. “We couldn’t get him to answer. It was pretty late, and obviously he’s on the east coast. If he could have answered, maybe he would have said yes and maybe we could have gotten two and two (lessons) and $400,000.”

While still in the negotiation phase, the lesson will probably take place in autumn this year.

At the Genesis Open last month, Stroud linked up with Woods for the first time since the auction.

“Shook his hand, gave him a little man-hug and said, ‘You have no idea what you’ve done for my area,’” Stroud said. “He looked me right in the eye and said, ‘Seriously, anything I can do, I’ll help.’ So it meant a lot for a guy like Tiger, to see what he’s doing now and be able to donate some time away from his kids and family and golf and life, was pretty special for us.”

The hurricane hit in August 2017, killing at least 88 people and effecting 13 million. It cost $125 billion in damages.