Ian Poulter: I want the Ryder Cup to be next week 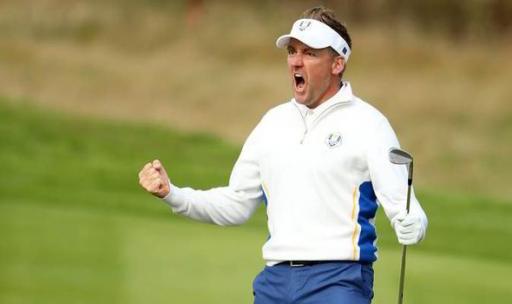 Poulter, who will be making his sixth appearance at the Ryder Cup at Le Golf National from September 28 to 30, received a wildcard pick on Wednesday alongside the equally experienced trio of Paul Casey, Sergio Garcia and Henrik Stenson.

But even three weeks is a little too long to wait for the fiery Englishman to get his teeth stuck into Jim Furyk's US side.

"We've got a few weeks to go but I just want to get there and I want it to be next week," said Poulter.

Poulter holds an enviable 12-4-2 (W-L-H) record at the Ryder Cup across five appearances, and has never lost a Sunday singles match - something which has earned him the nickname 'The Postman' who always delivering.

So what makes Poulter such a prolific Ryder Cup player? The adrenaline rush.

"I'm proud of the way I've performed in the Ryder Cup and I've embraced it, like everyone else, but I love the fact of holing putts to win a point to win the hole, to halve a hole - there's no other event in the world that gives you that adrenaline rush and it's hard to put into words to explain what drives me in the Ryder Cup against another event.

"It brings out the best in me."