Royal Dublin Golf Club is the last golf club in Ireland to change its rules on prohibiting female members from joining. 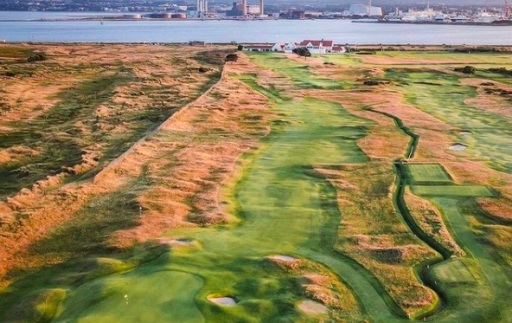 A golf club in Ireland has finally abolished its historic policy of men-only membership and will now welcome female members to the course.

Royal Dublin Golf Club is the last golf club in the country to have never had a female member, but now they have changed their constitution.

Royal Dublin is the second club to make this significant policy change in 2021. Portmarnock Golf Club near Dublin also altered its regulations to end male-only membership.

The club was founded in 1885 and it has now adopted a key policy of gender equality. A vast majority of the members approved the proposals at a special meeting.

The abolishing of the men-only membership is in line with the governing principles of Golf Ireland. This is certainly a significant development in the history of Irish golf.

A post shared by The Royal Dublin Golf Club (@theroyaldublingolfclub)

Royal Dublin never specifically held a rule that women could not be members, however the tradition of only having men had stood firm until now.

"All genders are equally valued within the membership without discrimination and enjoy the same rights and opportunities across all membership categories and the opportunity to apply for membership, when open, is available to all genders," the club said in a statement.

Some of the most prestigious and famous golf courses in the United Kingdom have also changed their traditional men-only policies in recent years.

RELATED: MANOLO VEGA TEACHES US HOW TO HIT A DRAW IN QUICK STYLE

Royal St. George's, the host of this year's Open Championship which was won by Collin Morikawa, opened their doors to women members only in the past few years.

Other venues such as St. Andrew's, Royal Troon and Royal Aberdeen have also updated their ways in recent times. Augusta National allowed women members in 2012.

NEXT PAGE: JASON DAY SHOWS OFF INCREDIBLE GOLF COMPLEX IN HIS BACK GARDEN!