Justin Thomas is the lone US Ryder Cup player flying the flag at Le Golf National this week. 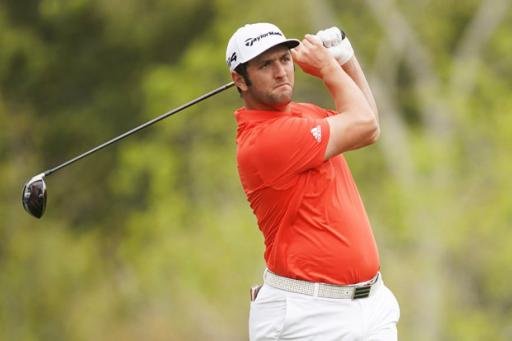 Jon Rahm has revealed his surprise at the lack of American players teeing up at this week's Open de France at Le Golf National, venue for the Ryder Cup from September 28 to 30.

Rahm, who is a lock for his first Ryder Cup in three months time, starts as pre-tournament favourite for the third Rolex Series event of the European Tour season alongside the only US Ryder Cup player in the lineup, Justin Thomas.

“Yeah, I thought there would be more players from the American Team,” said Rahm.

“I thought there were going to be at least four or five, and if it wasn’t the players that were already in guaranteed, maybe the people who are on the edge.

“I thought they were going to come to show their interest, and maybe if they had a good week, they can show that they can compete on this golf course.

“But I also understand that there’s a lot of good tournaments going on right now on the PGA Tour and it’s hard to change the schedule in that way because they will just come to one week and back to the States and get ready for the British Open. I understand it’s tough.”

RELATED: JUSTIN THOMAS HAS THE COOLEST GRANDMA IN THE WORLD

Despite missing the cut in his last start at the US Open, the 23-year-old from Spain has won twice in 2018 and has three top-five finishes in his last five starts around the world.

According to reports in the US camp, captain Jim Furyk will visit Le Golf National with a number of American players on the weekend before the Open Championship in three weeks time.

NEXT PAGE: ERNIE ELS ONCE BEAT UP A FELLOW TOUR PRO ON HIS PRIVATE JET!