Two-time Oscar nominee Jonah Hill is set to star as two-time major champion John Daly in a brand-new biopic which will document the highlights of his career. 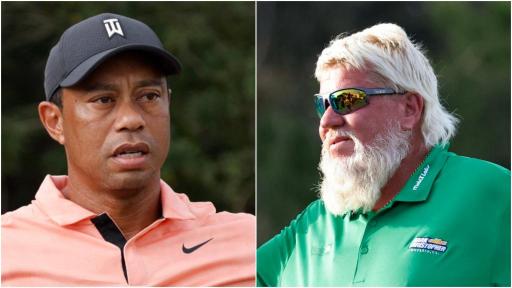 Golf is not as commonly featured in films compared to the likes of boxing and motor racing, but the sport has had its moments with the likes of 'Caddyshack' and 'Happy Gilmore'.

Happy was first bombing drives and picking up winner's cheques in 1996, so golf fans have been starved of a film that they can sink their teeth into.

'Seve: The Movie' came out in 2014 and told the tale of one of Europe's greatest golfers. This film portrayed a very different story compared to the exploits of Happy.

According to Above the Line, a brand-new biopic film about John Daly is in the pipeline and the immensely talented Jonah Hill is set to play the leading role.

Hill has been nominated twice for an Academy Award for his roles in 'Moneyball' and 'The Wolf of Wall Street'. He has also appeared in comedy films such as 21 Jump Street and 22 Jump Street.

For those who follow the 38-year-old on social media, he has developed a long beard which is reminiscent of Daly's current look. We haven't got a name for the biopic as of yet, and it is unclear when the production or release will be confirmed.

The biopic is set to show the achievements, excesses and scandals of Daly's life. Director and writer Anthony Maras is attached to the project and Hill will produce it through Strong Baby Productions.

They will also work with Hideout Pictures, a Nashville-based production company which reportedly has a relationship with Daly.

Daly, 56, shocked everyone when he won the 1991 USPGA Championship having been the ninth alternate in the field after a number of withdrawals.

He also won The Open Championship in 1995 after a dramatic playoff win against Constantino Rocca. His son John II is becoming a promising golfer and they overcame Tiger Woods and his son Charlie to win the PNC Championship in 2021.

He is a five-time winner on the PGA Tour, but back in August, Daly revealed that he begged Greg Norman to give him a spot on the LIV Golf Tour.