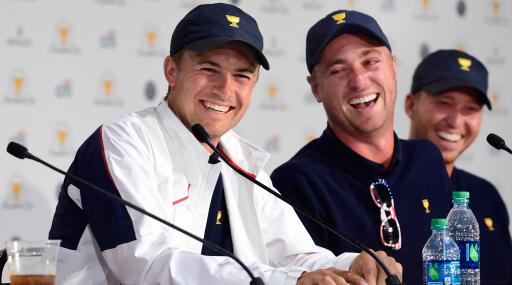 The United States not only smashed the Internationals 19-11 at the Presidents Cup on Sunday afternoon. They did a similar job on the press conference.

"He was so embarrassed every time they sang it," said Spieth. "It was incredible."

DJ chimed in shortly after. Check out the video below...