Okay it's not the real Jose Mourinho, but it's the next best thing in Conor Moore, and he's hilarious... 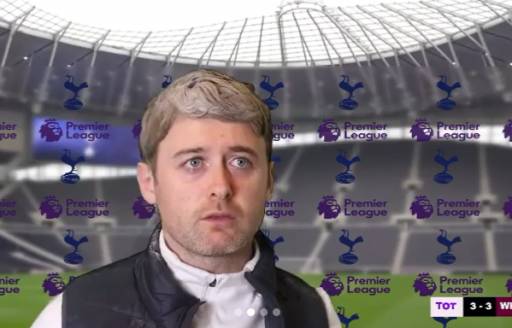 Conor Moore is without doubt the best impressionist when it comes to the world of sporting stars, and he has certainly not let his mass social media following down this week with his latest post on football managers.

While his impressions of Lampard, Solskjaer and Klopp were all on point as always, it was Moore's take of Mourinho criticising Gareth Bale for missing a golden chance due to him wearing golf shoes instead of football boots that had us in hysterics.

Lampard, Mourinho, Ole & Klopp round up the weekend!! AND WHAT A WEEKEND pic.twitter.com/YgBojm77GT

Moore also does a number of other sporting impressions, particularly when it comes to golf as he films exclusive content for NBC Sports and Golf Channel, mostly around the majors.

Take a look at some of Moore's best golfing impressions, including Tiger Woods, Bryson DeChambeau, Brooks Koepka and Dustin Johnson...

Here are some more gems from The Masters...

Previous
Golfer gets a LADDER to play his shot from the bunker
Next
Every day golf problems! This might be the funniest golf video of the year!