Justin Rose believes that winning a Gold Medal at the Olympics was a bigger achievement than winning the US Open. 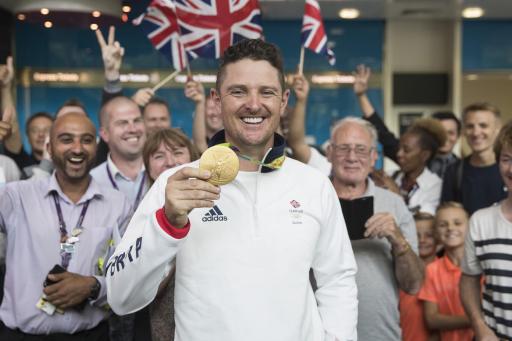 Justin Rose is one of the most decorated English golfers to ever play the game. A major champion, former world no.1 and FedEx Cup winner, but according to Rose the biggest highlight of his career was winning a Gold Medal at the 2016 Olympics in Rio.

Some of the biggest names in golf were set to play in the Olympic Games in 2016, but many of them pulled out due to zika virus and some concerns with scheduling. Jordan Spieth, Rory McIlroy and Jason day all pulled out, as well as the likes of Adam Scott, Louis Oosthuizen and Shane Lowry, to name a few.

Rose on the other hand didn't pull out and came up against his European team mate Henrik Stenson in the final day, where Rose was able to beat the Swede, who was fresh off of his Open victory, to win the Gold Medal.

Three years earlier, Rose won his first major title, claiming the US Open at Merion, but the Englishman believes his Gold Medal tops his major win.

“My feeling is that it’s been the biggest gift of my career,” Rose said prior to the Italian Open where he is currently competing in the latest Rolex Series event.

“I was definitely a supporter of it. For me, the opportunity to represent my country is always something that I regard very highly, and that’s for me what the Olympics represented was to go to Rio to be a part of Team GB, to stay in the Olympic Village, to meet all the other great athletes, and just to say that I’m an Olympian.

“Didn’t really relate to golf at the time but I thought, this is an amazing opportunity.

“Literally every week I play golf, I hear something about the Gold Medal from crowd or from media or from somebody.

“I don’t hear about the US Open now. I hear only about Gold Medal.

“So it’s been very important to the golfing public, and I think because of that, other players have realised that it is an important event, and I think this year, or next year in Tokyo, golf is going to be very well represented.

“I think like tennis, it took a Games or two for all the top players to really understand how important it was, but I think it’s going to be something that in a career, everyone is going to want to experience.

“I think it’s going to be very important and I feel very lucky that I was able to achieve what I did in Rio.

“Yeah, it lives with me, still, every week that I play because I hear so much about it.”