Are PGA Tour galleries getting out of control? 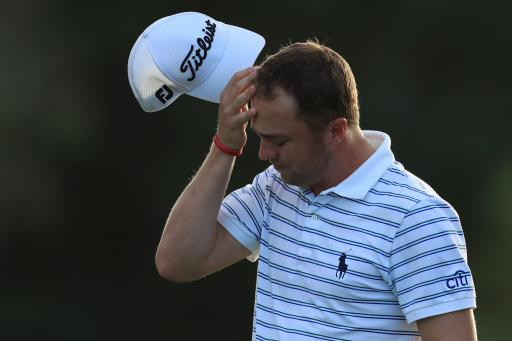 Just weeks after Tiger Woods got a fan removed from Torrey Pines for shouting out during his putting stroke, Justin Thomas revealed after his third round at the Genesis Open that the galleries at Riviera were once again a problem on the PGA Tour.

Thomas, who went on to finish tied ninth, explained how a number of fans were "completely unacceptable."

“It was alright for a little bit today,” Thomas said on Saturday. “There at the end it got a little out of hand. You know, I guess it's a part of it now, unfortunately. I wish it wasn't, I wish people didn't think it was so amusing to yell and all that stuff while we're trying to hit shots and play. But like I said, it's just a part of it.”

He added: “I guess they just think it's funny. It might be funny to them, and obviously people think of it differently and I could just be overreacting, but when people are now starting to time it wrong and get in people's swings is just completely unacceptable really.

“We're out here playing for a lot of money, a lot of points, and a lot of things can happen, and you would just hate to see in the future something happen down the line because of something like that.”

Even Rory McIlroy admitted after his round alongside Tiger Woods on Friday: "I've got a headache after all that."

McIlroy symphathised with Woods for dealing with constant distractions on the course throughout his career.

“I swear, playing in front of all that, he gives up half a shot a day on the field," said McIlroy, who went on to finish tied 20th, while Woods missed the cut.

"It’s two shots a tournament he has to give to the field because of all that that goes on around. So, whether that calms down the more he plays and it doesn't become such a novelty that he's back out playing again because it's -- it's tiring.”

Is Thomas correct in his assumptions, or is the raucous atmosphere adding to the spectacle? What do you think - share your thoughts in the GolfMagic forum or join us on Facebook, Instagram and Twitter.