Ladies world number one parts ways with her caddie after mini slump. 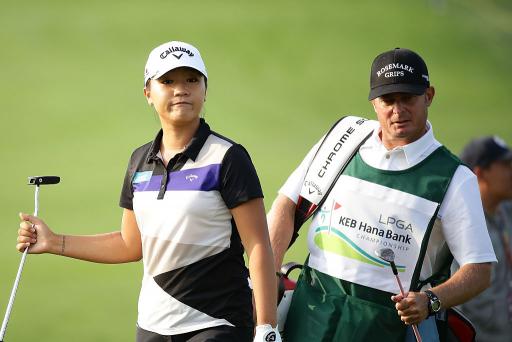 Despite winning four times on the LPGA Tour this season, and 10 times in total with caddie Justin Hamilton, ladies world number one Lydia Ko is parting ways with her bagman.

Ko, 19, is the first LPGA player to win more than $2 million in each of her first three seasons on Tour, and has bagged more than $7 million since turning professional in 2014.

But the two-time major champion has been going through a mini slump in recent weeks with results of 51st, 20th and 43rd, and according to her caddie Hamilton, it's time for change.

"All Lydia told me was she wanted  a different set of eyes out there," Hamilton said in an interview with Golfweek.

"These things happen, it's part of the game."

Hamilton is apparently not letting the axing get to him though, as he has already queued up to cadie for world number eight and three-time champion this year, Ha Na Jang.

Ko employed seven other caddies during her rookie year before hiring Hamilton in 2015.

Will Lydia Ko become the greatest ever ladies golfer of all time? Or will other things start getting in the way? Share your thoughts in the forum or join us across all forms of social media.