National Funding founder and CEO David Gilbert lays down $75k to caddie for Tiger Woods for a day. 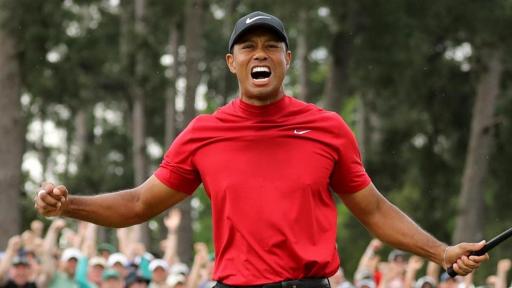 National Foundation founder and CEO Dave Gilbert has bid $75,000 to caddie for Tiger Woods at the Hero World Challenge Pro-Am in the Bahamas in December.

The event’s purpose is to raise money for the TGR Foundation, which helps both grow educational resources and makes school more accessible for underserved students.

Repost from @janetjackson - “Congrats on winning the 2019 Masters Tiger! Thank U so much for celebrating your @tgrfound’s 21st #TigerJam at #MetamorphosisVegas this weekend. I love that we share the same mission to create a world where opportunity is limitless for all. And a big applause for #HarvardUniversity student Chia Obilo on her accomplishments as an Earl Woods Scholar! #ReachMillions #RhythmNation #BlackGirlMagic”

According to reports, Woods lost a high-stakes poker game to NBA star Russell Westbrook at the weekend.

There was also a special guest entrance from Janet Jackson.

Woods tees up at The Memorial Tournament this week as he looks to get back on his horse following a missed cut in his last start at the US PGA Championship.

The American is now back inside the world's top five and will be confident of a big week, especially having won this tournament five times.

Woods tees off with Bryson DeChambeau and Justin Rose for the opening two rounds.