One of the most refreshing interviews you will see this year from a Tour professional... 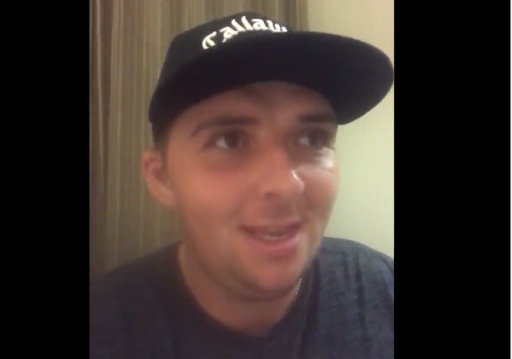 Most European Tour professionals would have headed straight to the airport and kept their head down after shooting a final-round 83, but not England's Marcus Armitage who is just thankful to be out here living his dream.

In one of the most refreshing self-interviews you will ever see on social media this year, check out what the talented 32-year-old had to say after his final round at Leopard Creek, where he birdied the final two holes to shoot a round of 11-over par...

Marcus Armitage’s self-interview after his final round 83 is a must-watch pic.twitter.com/3yg4id54ZC

Armitage - who recently earned his playing rights on the European Tour after coming through Q School - started the final round on 5-under par and six strokes off the pace but in the third last group of the day.

Sadly it was a day to forget for Armitage as he made five bogeys, two doubles, a quadruple and two birdies, as he finished his week in a tie for 42nd on 6-over par. It was a round that cost him in the region of €45,000.

The win moves Larrazabal straight to the top of the Race to Dubai standings as this tournament marked the first of the new 2020 European Tour season.

HOW MUCH THEY EARNED AT THE ALFRED DUNHILL: