GOLF EXCLUSIVE: "Not for the first time this season, Matt Wallace lost a huge amount of respect from golf fans." 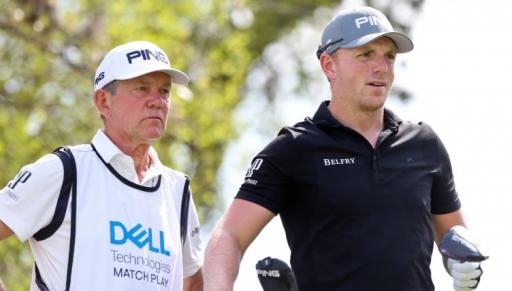 Matt Wallace may have quickly turned into one of the world's best golfers, but he has also become "a very sore loser" in the eyes of an anonymous Tour professional who spoke to GolfMagic this week.

Wallace was not only caught slamming and tossing clubs into the turf during the final round of the BMW International Open on Sunday - and not for the first time this year - but he was also captured getting in the face of his caddie Dave McNeilly at both the par-3 12th when going long into the rough and at the par-5 18th when finding water.

It marked the second player-caddie spat in as many weeks following Jordan Spieth's berating of Michael Greller after an errant shot on the par-4 8th at the US Open.

But according to an anonymous Tour professional who spoke to GolfMagic earlier this week, the actions of Wallace on Sunday were by far the worst of the two player-caddie incidents we have seen this month.

"Matt Wallace not for the first time on Sunday lost a huge amount of respect from a number of golf fans for his actions toward his caddie Dave McNeilly, one of the game's most respected caddies out here," an anonymous Tour professional told GolfMagic.

"Matt's tee shot ended up in the water down 18 and sunk his hopes of defending his title. Of course, he was frustrated as anyone would be knowing a birdie up the last would likely secure his place in a playoff.

"But I do not see how he can lay any blame on his caddie for that shot. He has played practice rounds on this course before and three rounds already in the week, so he knew the exact line to take off that tee. It wasn't even close to being on the right line.

DEBATE: IS CADDIE ABUSE GETTING OUT OF HAND ON TOUR?

"There is a fine line between winning and losing out here, but there is a way to conduct yourself and it seems like that line is getting crossed.

"We as professional golfers are role models to the next generation of golfers and our actions on the golf course can reflect badly on who we are as people.

"Let's not forget, Matt Wallace is a guy who thumped his putter into the 18th green at the British Masters not so long ago, when Marcus Kinhult still had to putt out for the win. It was one of the worst acts of sportsmanship I have seen in golf for a very long time.

"Matt, to his credit, did immediately apologise for his actions that day and said it would never happen again, but yet several weeks later he is once again seen throwing clubs around and tossing them into the turf at both the US Open and BMW International Open.

"To me, he is just looking like a very sore loser out there."

While our anonymous Tour pro has very few sympathies for Wallace's conduct right now, he does feel if the Englishman has a particular issue to raise with his caddie then he should probably choose a different location for the discussion instead of doing it in the face of millions of viewers inspecting his every move.

"Not that I agree in any way with how Wallace conducted himself on Sunday, but sometimes certain words and actions should happen behind closed doors and not in the front row of a watching audience," he said.

"I am sure all professional golfers will hold their hands up for having a go at their caddie at some point. The top players and caddies, as in the case of both Spieth and Wallace recently, get highlighted a lot more when the cameras are always on them so they will always be scapegoats to some extent - but that is still no excuse for their actions.

"We are all human and we all make mistakes, but it's the simple mistakes that frustrate and infuriate players more than anything."

Previous
Harry Kane nearly makes hole-in-one, gets instantly mocked on Twitter!
Next
How to get a golf course lawn: a step-by-step guide