Matthew Fitzpatrick has taken the lead after round two of the WGC-HSBC Champions in Shanghai. 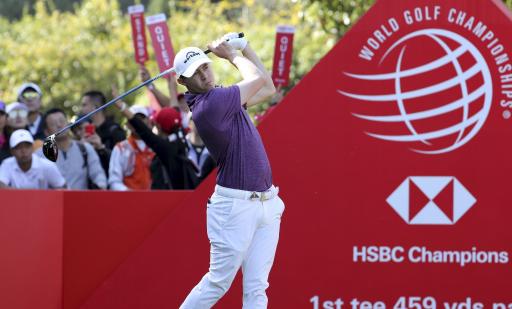 Since turning professional, Matthew Fitzpatrick has won every year on Tour, but he hasn't been able to find a victory in 2019. That being said, it's still been a fantastic year for Fitzpatrick, who has finished as the runner-up five times since his last victory, four of which coming in 2019.

The 25-year-old is currently 27th in the world rankings and will be desperate to make Padraig Harrington's Ryder Cup team for Whistling Straits next year, after failing to find his form when he first played in the event back in 2016.

Fitzpatrick has five wins on the European Tour to his name and he could be on his way to adding a WGC event to that list, as he took a one-shot lead in the HSBC Champions tournament in Shanghai on Friday.

A five-under par round of 67 has given the Englishman a one-shot lead over Rory McIlroy, who also shot a 67 in his second round. Fitzpatrick climbed the leaderboard during his back nine as he made four birdies in his last seven holes.

Fitzpatrick, who putts with the flagstick in, didn't make a single bogey all day and his putting proved crucial throughout the day.

“The back nine I struggled with the driver a little coming in. (But) I putted fantastic, as good as I've putted all year,” Fitzpatrick said.

“I think (the flag in) focuses me a little better. Just see the line (when) stood over it better and from there you feel comfortable. That's the big thing in putting and certainly did it on the back nine.”

McIlroy made his intentions clear earlier this week, to finish as high as possible to close down the gap in the rankings as he hunts for the world no.1 spot in 2020.

The Northern Irishman made four birdies in a row on the front nine, but was pegged back when he made a bogey right before the turn. A birdie at 13 was cancelled out with a bogey at 16, but McIlroy finished in style on the par-5 18th, sticking his second shot close for a tap in eagle to leave him one shot behind the leader.