Matthew Fitzpatrick would be "SHOCKED" if anyone copied DeChambeau

Matthew Fitzpatrick admits what Bryson DeChambeau has done with his body is impressive, but would be "shocked" to see anyone try and emulate it. 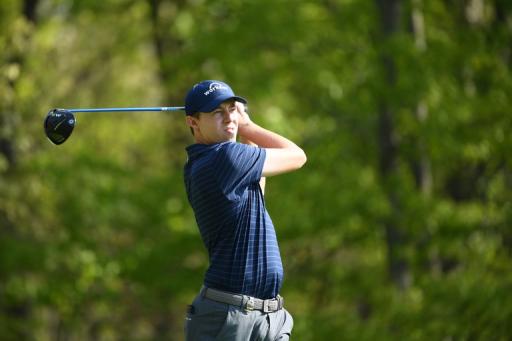 Matthew Fitzpatrick believes that Bryson DeChambeau's recent body transformation is an impressive one, but he'd be "shocked" to see any other top professionals attempt to emulate something similar.

Fitzpatrick is currently in excellent form on the golf course and as things stand he has a great chance of making the Ryder Cup team at Whistling Straits, which would be his second appearance in the biennial event.

The Englishman returned to the PGA Tour at the Charles Schwab Challenge last week, finishing 6-under par alongside the likes of Rory McIlroy and Brooks Koepka.

DeChambeau, who finished third, put his new size and power on display as he bombed eight drives over 350-yards at Colonial in Texas, but Fitzpatrick can't imagine many others will follow in his footsteps.

"Bryson said he was going to do it, and he's done it, so all credit to him for that. It's fair play," Fitzpatrick told Sky Sports.

"He's hitting it miles further as everyone can see, and it is a big advantage. I think it was a shock at how big an advantage it was at Colonial, given that it's a shorter, fiddly kind of golf course.

"But this week will be different. This golf course is really tight and you just cannot overpower it. The are no corners to cut, and you've got to be very accurate bar a couple of par-fives that he will look to take advantage of.

"He's done it for a reason and I'm sure he believes in it. But I'd be shocked if anyone else did it. No disrespect to Bryson, he's put on some serious size, it looks like the width of his back has increased by about five feet!

"He's a different animal now, but I can't see any other golfers going to that length. You certainly won't see me packing in 6,000 calories per day!"