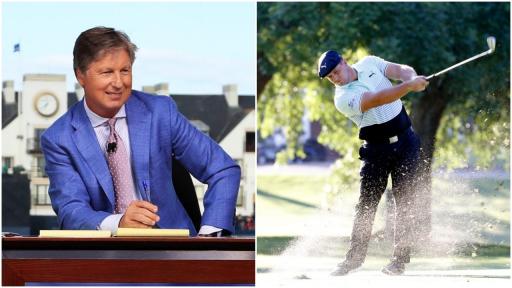 Brandel Chamblee believes that Bryson DeChambeau could change golf forever, after he returned to the PGA Tour with an even bigger frame and a much faster swing speed, resulting in some pretty huge drives.

DeChambeau looked as though he might go on and win the Charles Schwab Challenge last week, but a costly error at 17 put the 26-year-old out of contention, finishing in T3.

Seeing DeChambeau on our screens for the first time in 91 days, golf fans were shocked to see how big he had become during that time and took to Twitter where the memes were flying.

His new build wasn't the only thing that caught everyone's attention, as DeChambeau was clearly using his size to accelerate his golf swing and to good effect too.

DeChambeau ripped multiple drives over 350-yards and his accuracy had seriously improved since he first increased his muscle mass several months ago.

Following the final round of the Charles Schwab Challenge, Golf Channel analyst Chamblee was in awe of what DeChambeau has accomplished through his body and swing changes.

“I mean what he’s doing more or less obsoleted the philosophy of the architect," said Chamblee.

“Of the 49 longest drives in the field this week, he owned 10 of them.

“Look at these.” Chamblee said whilst looking at an impressive table of DeChambeau’s drives at the Charles Schwab Challenge last week, where he hit eight drives further than 350-yards.

“You see drives of this distance at Kapalua and you see them at altitude, but not in Texas, it’s extraordinary.

“Now look, this is a multifaceted equation. The equipment has something to do with it, but he had the same equipment a few years ago.

“I’ll give him some credit, while I’ll agree that it [the equipment] takes some of, well a lot of the thinking out of how to play a golf course, a lot of thinking went into what he’s doing.

“Besides when John Daly made his mark in 1991 at the PGA and when Tiger Woods came out, those were seismic moments in the world of golf, they changed the game. This has got the potential to change the way people set up to the game, the way they set up their equipment and the way they get ready and prepare to play golf.

NEXT PAGE: How much every player won at the Charles Schwab Challenge...