McIlroy and Giggs to pair up in Pro-Am 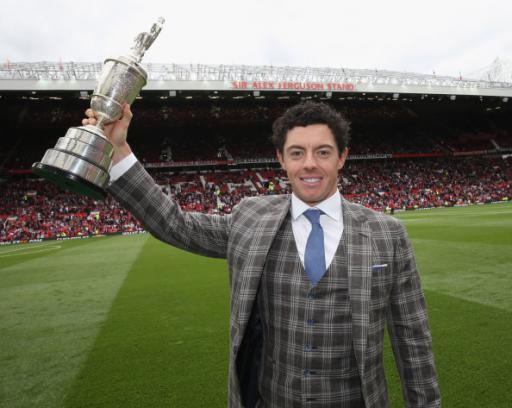 Fellow United stars Dwight Yorke, Paul Scholes and Peter Schmeichel have graced Wentworth’s West Course in previous years in the friendly event played the day before the championship kicks off.

Welshman Giggs, who has 13 Premier League titles to his name and two Champions Leagues, admits to nerves ahead of the first tee shot.

"I'm a big fan of his so I’m looking forward to catching up with him and seeing for myself how he plays the game,” Giggs said.

“I play a lot of golf myself and really enjoy it, but it’s quite a different thing to go from just playing with your mates to partnering one of the best players in the world in front of thousands of people so I am a bit nervous – I’ll have to practise a bit before May!

“The BMW PGA Championship is always a great tournament and it will be one of the highlights of the summer to be involved in it.”

The 2014 BMW Championship winner McIlroy, who has 13 European Tour titles in the cabinet, makes a return to the event after skipping it last year.

“There are few bigger Man United legends in the history of the Club than Giggsy so to be able to tee it up alongside him for the pro-am at the BMW PGA Championship is going to be awesome. He is one of those players who is hugely respected in sport for everything he achieved at the highest level,” McIlroy said.

“Ryan’s professionalism and ability gave him a Man United career that was almost as long as a pro golfer’s career which is incredible. Not many sportsmen or women can say they were at the very top for decades but he is one of the special few. Hopefully I can give him a bit of help with his golf!”