The Putt Putt Fun Centre in Memphis was completely trashed by 400 angry teenagers in a violent rampage. 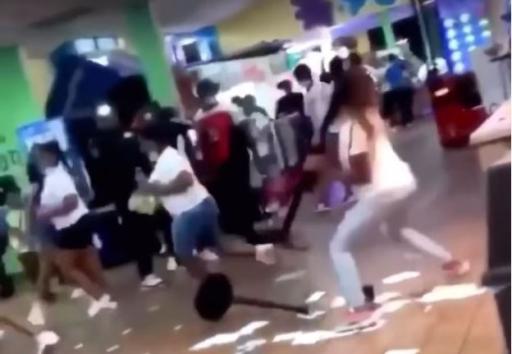 Employees of a mini-golf centre in Memphis endured a terrifying ordeal as 400 angry teenagers trashed the Putt Putt Fun Centre over broken games machines, according to reports.

A spokesperson from the Memphis Police Department said somewhere between 300 and 400 teenagers were involved in the chaos on Saturday that saw youths throwing plexiglass, games machines and other items at the staff.

According to reports, the teenagers became angry when the Putt-Putt staff informed them that the venue was closing due to too many people being on site, violating COVID-19 occupancy limits.

Some games were apparently broken and the teenagers were being told they would not receive a refund, which was when the teens broke into chaos.

Tatianna Lak, who filmed the incident, said some machines were faulty when she arrived, but praised the staff for being understanding.

“Something was wrong with their machines today because when they credited our attractions card for 5 attractions the money didn’t upload. HOWEVER they were very understanding and still let us get on each attraction several times,” she wrote on Facebook.

Many of the teenagers caused havoc inside the facility, while the police say that others stampeded through the car park after someone had fired fireworks towards the mini-golf centre. Watch the chaos unfold in the video below:

“Unfortunately, yesterday evening we had an incident that we have never experienced in 57 years of business,” said Putt-Putt in a statement on Facebook.

“Parents chose to leave large groups of teenagers at our facility without parental supervision. Some of those people chose to create a disturbance the likes of which we have never seen.

“Going forward, all minors must be accompanied by their parent or guardian while at Golf and Games. Anyone that is left unattended will be asked to leave.”