Two mongooses chased Erik van Rooyen's golf ball and pushed it forward during his first round of the Nedbank Golf Challenge. 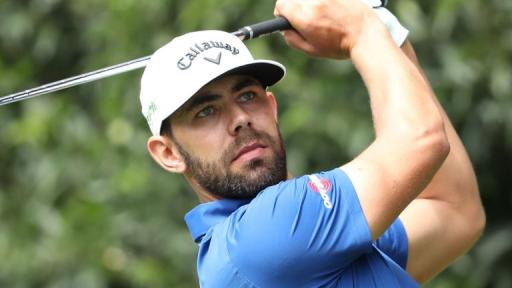 The Nedbank Golf Challenge at the Gary Player Course in South Africa is known for its amazing wildlife that you often see on the course. Last year, Luke Donald had to chase away a baboon that was on the fairway by his ball and this year it was Erik van Rooyen who got to experience the wildlife first hand.

Erik van Rooyen posted a two-under par score of 68 in his first round in South Africa, while local hero Louis Oosthuizen took the lead at nine-under par.

It was on the 14th hole where van Rooyen got to experience the wildlife that South Africa has to offer. The South African's tee shot found the fairway of the par-4 hole and as soon as it landed, two mongooses chased the ball immediately, jumping at it and knocking it forward slightly.

After realising it wasn't anything they could eat, the two mongooses returned to the rest of their troop to look for insects in the ground.

Mongooses are famously known to be very brave when it comes to snakes and can often be found attacking the venemous reptiles, as mongooses possess receptors for acetylcholine in their bodies, which makes it impossible for snake venom to attach to them, pretty cool right?

Following the first round, Tommy Fleetwood posted the video of the incident on Twitter and joked: “Anyone know the rule for a mongoose attack on your golf ball? Got to love Sun City!”

Anyone know the rule for a mongoose attack on your golf ball? Got to love Sun City! #NGC2019 pic.twitter.com/Jh1czA7uSl