Is this the MOST DRUNK you've seen someone on the golf course?

WATCH: It seems this golfer has enjoyed one too many beers during his round... 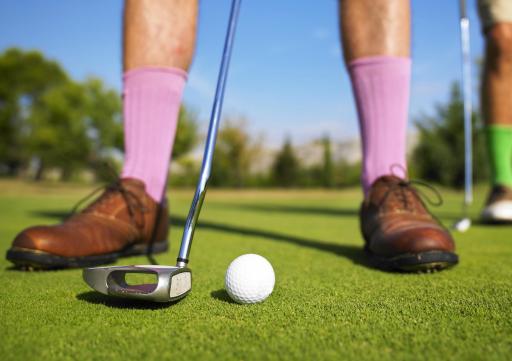 Now there's no better feeling than being on a golf trip with your friends and cracking open some ice cold cans during your round. I myself have been a culprit of having one too many on the course and my game has paid the price, but I can honestly say I have never been as drunk as this guy, well, not on the golf course anyway...

In a video posted on the Golf Gods Instagram page, a man is sitting comfortably in his golf cart and filming his friend who has most definitely had a few too many and the result is absolutely priceless. Watch the hilarious incident in the video below.

When the boys stitch you up with a couple vodka beers! - @ryangerwing @barstoolsports

RELATED: Golfer hits himself in the head with HIS OWN golf ball!

Have you ever seen a man so drunk on the golf course?! Incredible. Fair play to the bloke for even getting onto the tee and putting his ball in the ground, because he's as drunk as most Brits after a full day at the races!

His friend filming of course found it absolutely hilarious, as did I, but it looked like a bit of a painful landing. Maybe he learned his lesson and had a few less beers next time out, or maybe not, as long as he's enjoying himself and not putting anyone else in danger then I'm here for it.

NEXT PAGE: Golfer RIPPED for standing at his ball for over a minute!