When will golf resume in England? Boris Johnson responds... 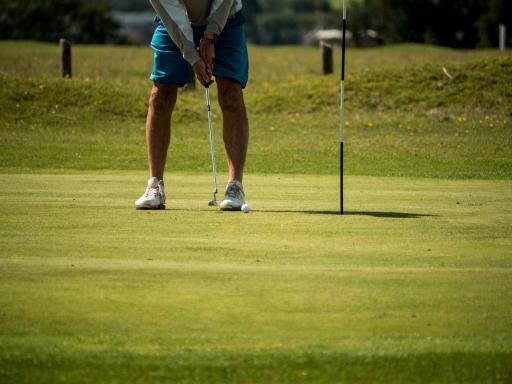 UK Prime Minister Boris Johnson has responded to a question about when golf courses will be allowed to reopen in England while the country remains in lockdown due to the coronavirus pandemic.

Craig Tracey, the chair of the All Party Parliamentary Group for Golf, quizzed the Prime Minister in the House of Commons on Wednesday as to when outdoor exercises and sports such as golf will be allowed to resume in the country.

Johnson's answer would appear to suggest that a roadmap for golf's safe return in the country will be set out over the coming weeks.

"My honourable friend is entirely right in what he asks for and I will be supplying, I hope, exactly that," said Johnson in response to Tracey's urgings for an answer as to when golfers can expect a return to the fairways in England.

"He will recall last year how we set out a series of dates by which the earliest we hoped to do certain things. He will recall July 4th, I think, for opening hospitality.

RELATED: WHY CAN GOLF CONTINUE IN SCOTLAND BUT NOT ENGLAND?

"I hope that in the course of the next few weeks, we will be able to populate the diary ahead with some more milestones, some more assumptions, about what we may be able to give reassurance to him, to businesses in his constituency, to all of us."

It is anticipated by many in the golf industry that golf will return in England before the end of March, but much of that depends on the latest scientific data over the coming days and weeks.

In an adjournement debate on golf tourism this week, the Minister for Sport, Tourism and Heritage, Nigel Huddleston, claims that the government is doing everything it can to get "golf and other sports open as soon as possible."

"Nobody wanted to close down golf courses," said Huddleston.

"It’s absolutely vital that we do let people get out and exercise.

"The problem was we would have confusing messages. If it was stay at home – and that is the fundamental clear message: stay at home unless you have to leave for certain reasons, or for a limited number of low impact exercises.

"There would have been confusing messages, had we done anything else and also, of course, the goal is to try and get golf and other sports open as soon as possible and that is absolutely the shared aim."

NEXT PAGE: GOLF COURSES EXPECTED TO REOPEN IN ENGLAND BY THE END OF MARCH