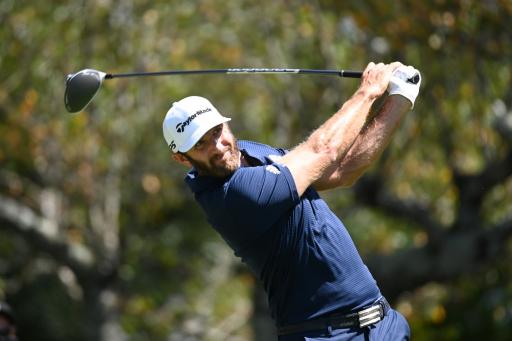 With driver distance reaching an all-time high in the professional game and Bryson DeChambeau now crushing drives over the 400-yard mark on a regular basis, a poll of golf course designers from around the world have voted in favour of reducing how far the golf ball is travelling off the tee.

In a poll conducted by the European Institute of Golf Course Architects (EIGCA), a staggering 95% of its members believe serious action needs to be taken in order to protect the integrity of historic courses.

"We surveyed the EIGCA membership for their thoughts on a range of factors relating to increased hitting distances, forged through their experience of designing golf courses around the world," said Christoph Stadler, EIGCA president.

"The most eye-catching result is that 95% of respondents agreed that action needs to be taken to reduce hitting distances."

Just over a third of the poll (34%) believe driving distance action should apply to tournament professionals only,  with just under two thirds of the poll (62%) considering amateurs should be largely spared any regulatory effects.

In total, just over three quarters of the poll (76%) felt hitting distances were having a "negative impact" on golf course design.

"The vast majority of respondents believed that increasing ball flight length and advances in equipment technology are diminishing the skill of the game which is leading to a simplification of golf course strategy," he added.

"A total of 85% of respondents considered a reduction in driving distance of between 10 and 15% would be appropriate."

"At a time when we are looking to increase player participation surely these should be our objectives.

"By the clever use of design, skilled golf course architects are able to achieve a certain balance between the challenge for the best players and fun and playability for weaker and shorter players. With ever increasing hitting distances, this becomes increasingly difficult."

Is driving distance becoming a problem in the game? Share your thoughts and comments on our social media channels.