Niall Horan called out by One Direction band member for golf match!

Niall Horan has always been a keen golfer, but could he be overtaken in the celebrity golf ranks by former bandmate and One Direction star Liam Payne? 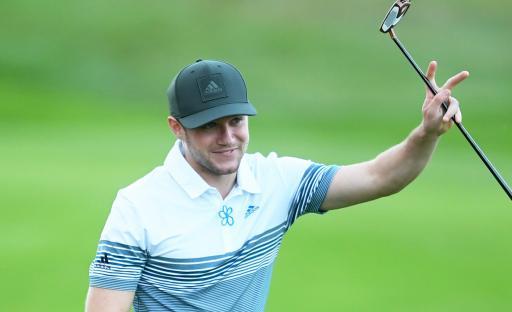 Niall Horan is slowly becoming an important name in the world of golf as the founder of Modest! Golf Management.

Horan has previously worked on different initiatives in the game such as Drive Chip Putt in America to support the next generation of budding golfers.

The Irishman is forging relationships with players and he also works alongside ISPS HANDA to promote golf and inclusivity for all abilities.

Tyrrell Hatton, Guido Migliozzi and Leona Maguire are just some of the big names that he works with and they have proven to be fruitful relationships.

However, Horan could soon be challenged by one of his old bandmates on the golf course. Liam Payne is aiming at taking up the sport.

The former One Direction star allegedly wants to improve his golf so that he can take on Horan one day, who has a handicap of nine.

"He’s good but I’m going to try to be better. This is my year of playing golf," Payne told The Sun.

In June last year, Payne first created the idea of a match between the popstar pair when he posted a video of himself playing golf on his Instagram page.

RELATED: BRYSON DECHAMBEAU FORCED OUT OF THE SONY OPEN ON THE PGA TOUR

He wrote,"@niallhoran you better watch yourself." It seems that the 28-year-old is determined to match the standard set by Horan in the celebrity world.

We often see Horan play in various pro-ams such as at the BMW PGA Championship and the Alfred Dunhill Links Championship.

Who knows, maybe if Payne can spend enough time on the golf course and less time on the stage, he could make waves in the celebrity golf world too.