Bryson DeChambeau has been forced to withdraw from this week's Sony Open in Hawaii. 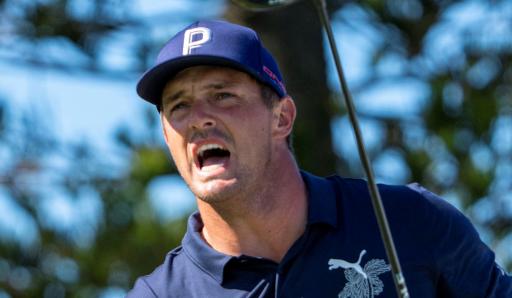 Bryson DeChambeau has been forced to withdraw from this week's Sony Open in Hawaii due to wrist soreness.

The PGA Tour's biggest hitter had been experiencing difficulties with his wrist during the off-season, no doubt a result of him constantly bashing drives on the range over 400 yards on a daily basis during the festive period.

To the surprise of absolutely nobody, DeChambeau managed to finish sixth at the Pro Long Driver's Association World Championship, just days after the Ryder Cup last September.

DeChambeau would have been the highest ranked golfer in the field had he competed at Waialae Country Club in Honolulu this week.

Cameron Smith, who won the Tournament of Champions at Kapalua on Sunday with a PGA Tour record 34-under par total, will start the week as tournament favourite at 9/1.

Smith vaulted up from 22nd to 10th in the Official World Golf Rankings, marking the best ranking of his career.

DeChambeau finished tied 25th in Hawaii last week and he finds himself down at eighth in the rankings.

NEXT PAGE: TIGER WOODS TO RETIRE FROM GOLF AT THE OPEN CHAMPIONSHIP AT ST ANDREWS IN JULY?!