No golf for Gareth Bale at World Cup?! Think again, he's gone and done THIS!

Golf-mad Gareth Bale has taken matters into his own hands by bringing a golf sim to the World Cup! 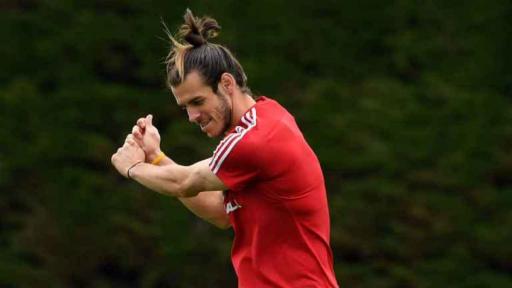 The words of Wales coach Rob Page when players posed the question as to whether or not any rounds of golf could be planned during their stay in Qatar for the World Cup, which starts this weekend.

Despite being told "there's no golf" as Wales prepare to face the United States, England and Iran in their group, Bale has reportedly found a solution to the issue.

As to avoid spending five hours out on the golf course, Bale, a single-figure handicapper, has brought a golf simulator with him and set it up in their luxury hotel.

There is also a swimming pool, pool table and table tennis table, but those were already supposed to be there.

"Team spirit is great anyway but games like that help you. Gareth's very good at the golf. I think most of us have had a swing and we had a go after training as we had some spare time.

"It is great fun and competitive. It is a bit of a laugh but you want to win. It's just been nearest to pin at the minute but I'm sure some lads will play an actual course soon. You can pick a nine-hole or an 18-hole course."

Bale left Real Madrid earlier this summer and now plays for Los Angeles FC where he has scored two goals in 12 appearances, including a last-minute equaliser against Philadelphia Union in the MLS Cup final that his team went on to win on penalties.

The former Spurs player once famously held up a flag proclaiming: Wales. Golf. Madrid. In that order.

Check out the epic golf course Bale has built in his garden. We told he was golf mad!

Next Page: The golf clubs in Gareth Bale's bag