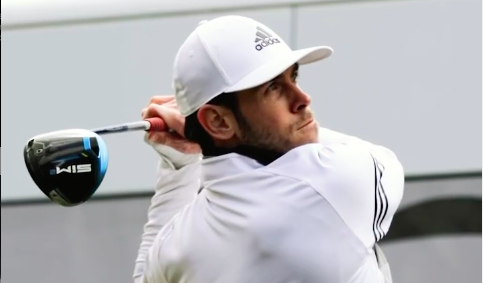 As well as a multiple Champions League-winning footballer, Gareth Bale is also an impressive golfer who spends a lot of time practising the game.

On the European Tour this week, the Cazoo Open arrives at Celtic Manor Resort in Newport at an event that Bale is supporting, which is a great gesture from the Welshman.

Recently, Bale went to see TaylorMade to sort out his iron and wedge set-up and it is always interesting to see what different golfers prefer to have in their bags in terms of clubs and lofts.

From the top of his iron set-up, it appears that the 32-year-old uses an 18˚ TaylorMade SIM UDI, which is similar to a utility club or a driving iron.

As well as the TaylorMade SIM UDI, Bale also has a 3-iron in his bag and this goes right down to his lob wedge, a club that has been lofted to a very specific number.

Bale looks to have been fitted for a 59˚ lob wedge, a ˚55 sand wedge and then a 51˚ gap wedge that he can use if he is caught between his sand wedge and his pitching wedge.

The former Tottenham Hotspur winger has a 47˚ pitching wedge in his bag and then his irons descend in loft in a regular fashion.

Interestingly, Bale's 3-iron, 4-iron and 5-iron are from the TaylorMade P770 model, whereas from his 6-iron to his pitching wedge, he uses the TaylorMade MC iron model.

Much like the players that we watch on the PGA Tour, Bale has a mixed bag and an accurate specification for each club to ensure that each one suits his swing speed and body features.

NEXT PAGE: COLLIN MORIKAWA: BURGERS WERE THE SECRET TO MY OPEN WIN!