Golf is BANNED for Gareth Bale at the FIFA World Cup: "We're here to do a job"

Wales international and former Real Madrid player Gareth Bale is one of football's keenest golfers, but there'll be no place for his clubs on the plane to Qatar. 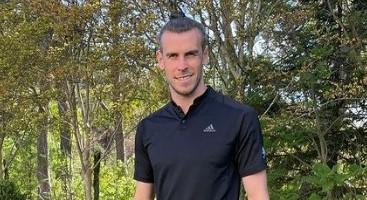 The FIFA World Cup in Qatar is edging closer and closer and Gareth Bale, along with his Welsh teammates, will be itching to represent their country in its first appearance at the tournament since 1958.

Bale is now enjoying his football with Los Angeles FC, but he is also still enjoying his time on the golf course. Just five weeks ago, he ran a competition with TaylorMade in which he gave away a Stealth Driver, two Stealth Woods, a seven-piece set of irons, two wedges and a putter.

However, the five-time UEFA Champions League winner will have to put golf at the back of his mind when Wales flies out to Qatar for the World Cup, which is incredibly being staged in the winter.

Bale has scored many important goals in his career and he did so again last weekend when scoring an equaliser in the last seconds of extra time against Philadelphia Union in the MLS Cup final. LA went on to win on penalties.

Wales coach Rob Page revealed they had a round of golf planned in Doha, but opportunities may be short with other commitments and the majority of their time revolving around progression from Group B.

"We looked at it, but there are other functions we might have to do, so we will probably not get the chance to do it. Yeah (I've told Bale). There's no golf. We're out there to do a job."

At the beginning of the year, Bale became a global ambassador for the R&A. He joined Niall Horan of Modest! Golf in encouraging more young people to take up the game.

In May, Bale's management company ICM Stellar Sports and Wales Golf launched a three-year partnership to boost junior golf. In June, they collaborated to host the Gareth Bale Championship at the Vale Resort.

The 33-year-old, who has played 108 times for Wales, has opened his very own Par 59 golf bar in Cardiff and despite facing opposition from local residents, the Bristol venue is set to open in December.

He has a lot of fingers in a lot of golf ball-shaped pies away from his glittering football career, which is why Page may need to hold him back from sneaking out to the driving range in Western Asia later this month.