Nottingham golf club applies to stay OPEN until 2.30am

A golf club is seeking to have its licence extended until 2.30 am, which would be an extraordinary prospect. 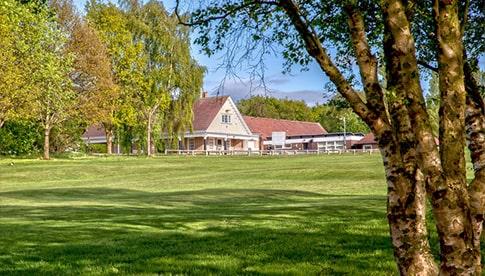 If you've ever been a bit annoyed when that last order call is made at your golf club, perhaps you might like to join this course.

A golf club in Nottingham is reported to have applied to have its licence extended until 2.30 am, seven days a week.

The course in question is Bulwell Forest Golf Club.

Under the new proposals, it would allow members of the public to come and use the facilities too.

Alcohol would be served from 9 am, with "regulated" entertainment on offer from 11.30 pm until close.

News website Nottinghamshire Live reported the owners are a husband and wife named Nick and Anna.

One of the reasons they wanted the later licence is so they can host weddings without having to apply for a later licence.

RELATED: SUNGAE IM BREAKS RECORD FOR MOST BIRDIES IN A SEASON

The news website quoted residents generally in favour of the application.

They noted the club is situated quite some distance away from nearby residents and noise would not be an issue.

"We’re trying to open it up more to the public, people think it’s a members’ club," Nick said.

"We want more people who live nearby to come down and use the pub. We need to get people to appreciate it’s not just for golfers.

"We’re open to the public, they can come here to drink. We’re a relaxed and family-friendly place. We want young people to come and play golf, we want people to use the facilities."