On the second hole at East Lake Golf Club on Sunday, Sungjae Im rolled in his 494th birdie of the PGA Tour. 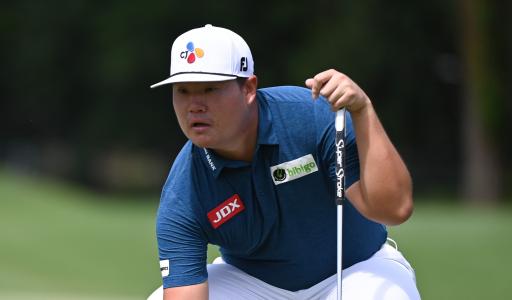 Sungjae Im magnificently broke the record for the number of birdies made in a PGA Tour season on Sunday at the Tour Championship.

Im had a 21-foot putt on the second hole at East Lake Golf Club, which is a challenging 204-yard par-3 that is surrounded by bunkers.

As the ball dropped in the hole, the South Korean made his 494th birdie of the PGA Tour season, which beat the record that was previously set by Steve Flesch in 2000.

The statistic of 'Total Birdies" on the PGA Tour has existed since 1980, so not only has Im broken the record, he now holds a landmark accolade that has existed for more than 40 years.

Although the 23-year-old made three bogeys on the front nine, he added four more birdies on the back nine to approach the 500 mark for the 2021 season.

Sungjae Im makes his 494th birdie of the season.

That's the most birdies in a season since 1980. pic.twitter.com/dofSwsrbnv

Im shot 2-under-par in the final round of the Tour Championship to finish on 4-under-par for the tournament and in a tie for 20th place with 2015 FedEx Cup winner Jordan Spieth.

Im's new record is a sign of how impressive a player he is and the future that he has ahead of him. In 2020, he picked up his maiden PGA Tour title at the Honda Classic.

Having reached a personal best of 16th in the Official Golf World Rankings earlier in his career, his form has also been impressive in 2021.

He has finished in the top 10 on five occasions in his last 34 appearances on the PGA Tour, which includes a third-place finish at the BMW Championship.

NEXT PAGE: PATRICK CANTLAY: WHAT'S IN THE BAG OF THE 2021 FEDEX CUP CHAMPION?