Alex Fourie was adopted from a Ukrainian orphanage at the age of 7 and now this orphanage still contains 175 children in the thick of a war with Russia. 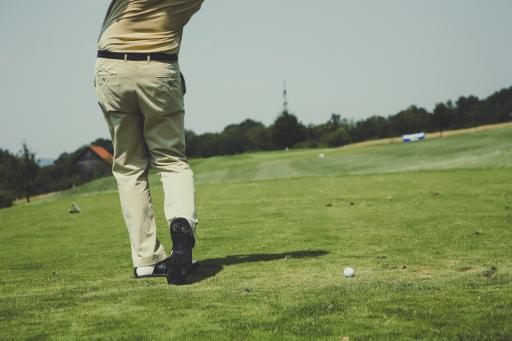 Alex Fourie is now a 27-year-old man with a child living in Tennessee, which is a different world compared to what his life could've been like.

As reported by Golfweek, Alex spent the first seven years of his life in Ukrainian orphanages with a cleft lip and cleft palate, which he suspects came from being born near Chernobyl. He was also born with one arm.

Vic Jackopson, the founder of Hope Now which is the charity that linked Alex to his adoption family, first met the boy when he was two years old in a baby orphanage.

Jackopson returned to this orphanage five months later to find that the child had been moved with no paperwork or evidence of transfer to be seen.

Related: Greg Norman sends letter to PGA Tour players: "We will not stop"

At this stage of his life, Alex was said to have mental disabilities and because of this, he wouldn't be able to be adopted out of Ukraine past the age of seven.

In 1999, Jackopson was contacted by an orphanage director and he was told of a young boy who needed to find a family quickly. He told Elizabeth and Anton Fourie who met their new child Alex on Mother's Day that year.

He started playing golf very shortly into his new life in America and last year, he became a PGA member after passing his player ability test in Cleveland. He has a handicap index of 0.6 which makes him one of the best disabled golfers in America.

He does golf coaching on the side of selling roofs for Litespeed Construction and he has been selling t-shirts through his own charity, Single Hand Golf, to donate all of the proceeds to Hope Now.

Alex has received horrible videos from his friends in Cherkasy where he grew up in Ukraine. His own home is getting bombed and shelled by Russian forces.

This week, Alex was able to donate $3,000 to Hope Now and after an appearance on 'Fox & Friends' at the weekend, his website experienced an influx of t-shirt sales.

According to Alex, there could be 100,000 new orphans after the war with Russia, a tragedy that is too harrowing to think of. Currently, Hope Now is working to transport orphans from Ukraine to the Romanian border.

There are 175 orphans still living at Alex's former orphanage. The majority of children who aren't adopted either commit suicide or have a criminal record.